Stoke City have set their sights on a last-gasp swoop for giant Aberdeen striker Sam Cosgrove, Football Insider can reveal.

The Potters are keen to strengthen their attack ahead of Friday’s transfer cut-off despite tying Tyrese Campbell to a new contract at the end of last week.

A Stoke source has told Football Insider that the club are readying a move for Cosgrove after keeping close tabs on him in the opening half of the campaign. 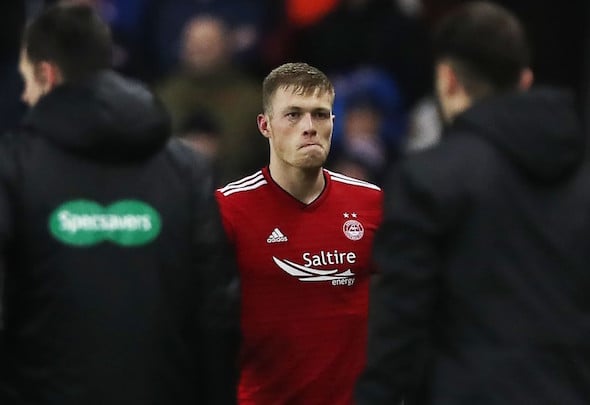 The Championship club face competition for Cosgrove from the likes of Middlesbrough and Lazio.

He is rated at more than £5million by Aberdeen and it may take an offer of up to £7m to convince them to sell him.

Cosgrove has enjoyed another fine season for the SPL outfit with 21 goals from 29 matches in all competitions, including 11 from 20 league fixtures.

Stoke have improved of late but are still languishing at 19th in the second tier, seven points ahead of the drop zone.

The 6ft 3in Cosgrove has an excellent record for Derek McInnes’ side since joining in January 2018 from Carlisle United, with his 79 appearances yielding 42 goals.

He signed an Aberdeen contract last January that runs until the summer of 2022.

He has also been watched by Middlesbrough number two Robbie Keane, the Republic of Ireland legend.

In other Stoke City news, it can be REVEALED that Tottenham have opened £4million defender talks.