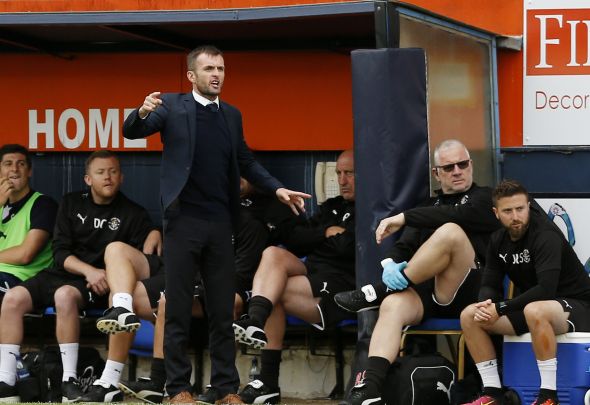 Jones has made defensive reinforcements to his backline one of his top priorities since replacing Gary Rowett at Stoke and towering centre-half Clarke is emerging as his top target.

Clarke has played an instrumental role in Portsmouth’s success season helping them to the top of League One and they are well-placed for promotion.

The 22-year-old has an ever-present in the Pompey defence this season and has established himself as one of the best young defenders in the Football League.

Clarke has become a firm fans’ favourite during his four years at Fratton Park and has played over 150 times for Portsmouth since joining from Ipswich in 2015.

Portsmouth will be keen to keep hold of Clarke as they look to win promotion to the Championship, but Stoke are ready to test their resolve to hang onto the defender.

Stoke are languishing in 15th spot in the Championship table, eight points off the play-offs and Jones is expected to be busy before the close of the transfer window as he looks to reshape his squad.

In other Stoke City transfer news, Football Insider can reveal Nottingham Forest are in talks to sign one of Nathan Jones’ new charges.