Michael Brown has urged Tottenham to hold off on handing defensive utility man Eric Dier a new contract until the summer.

The former Spurs enforcer, speaking exclusively to Football Insider assistant editor Russell Edge, admits he is not sure where the England international fits into Jose Mourinho’s plans moving forward.

As revealed by Football Insider, the Lilywhites are set to open talks over a new deal with the 26-year-old having pulled a U-turn over letting him leave this summer. 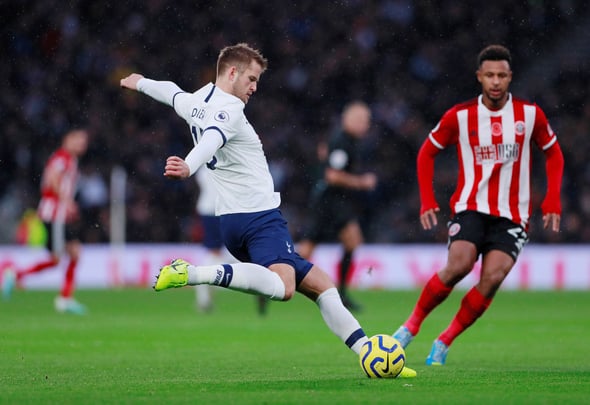 The enforcer’s current terms are set to expire next summer and Spurs want to avoid a repeat of Christian Eriksen’s contract saga.

However, Brown thinks that the Lilywhites need to be patient and hold off until the summer, suggesting the transfer window could dictate their decision making.

Asked if he thought Dier had a big part to play under Mourinho, Brown told Football Insider: “I’m not so sure still, I’m still unsure what type of system, what type of style Jose Mourinho’s going to find.

“Coming to the window in the summer, I’d just hold out and say, ‘Eric Dier, you look at his contract in the summer, see what players you’re going to get, see who’s around, see how he comes back and see where he fits into that mould’.”

Injury, illness and indifferent form has meant that Dier has not been a regular fixture in the starting XI this season, with just 15 starts under Mourinho.

He has a total of 235 appearances for the Lilywhites, 25 of those coming this term.