Noel Whelan claims that Leeds United winger Helder Costa is set to return to the starting XI against Middlesbrough today after seeing Tyler Roberts ruled out through injury.

Speaking exclusively to Football Insider assistant editor Russell Edge, the former Leeds striker and lifelong supporter at Elland Road says that the Portuguese wide man will play on the right and Pablo Hernandez will take Roberts’ place through the middle.

Marcelo Bielsa confirmed at his press conference that the 20-year-old forward would miss Saturday’s clash at Elland Road due to a muscle injury picked up versus Reading in midweek.

💬 Marcelo on Tyler Roberts: "We are making some studies, the medical staff are analysing the situation, but he can't play this weekend." pic.twitter.com/5sEc43v63P

Whelan says that an attacking midfield role is probably Hernandez’s favoured position and that moving him in from the wing in Roberts’ absence will see Costa take his place.

Whelan told Football Insider: “In Pablo, that is probably his preferred position, in my opinion, is in that central role.

“There’s no doubt we’ll miss his (Roberts) direct running and the way he takes the ball and commits defenders and he was just getting into a little bit of a rhythm this season after working hard to get back into the side.

“I’m not worried because I do think we have cover in that department and I think Pablo will keep that position against Middlesbrough and Helder Costa will keep his position on the right.” 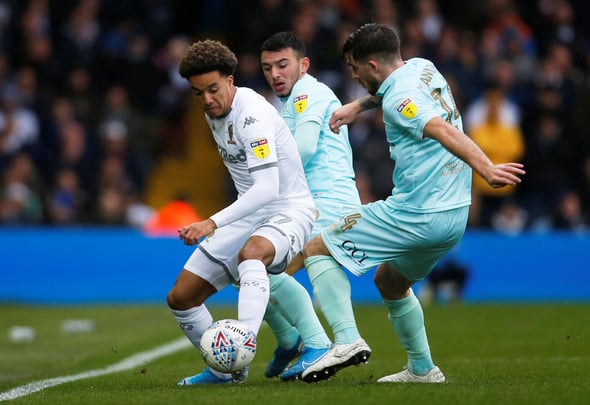 Costa had dropped back to the bench against Luton and Reading following Hernandez’s return to the side, the 25-year-old coming on as a substitute in both games.

It was the Portuguese winger’s cross which set up Jack Harrison to head home the winner against the Royals on Tuesday night.

In other Leeds United news, Danny Mills suggests that the club are to launch a January transfer raid after Bielsa made a “mistake”.