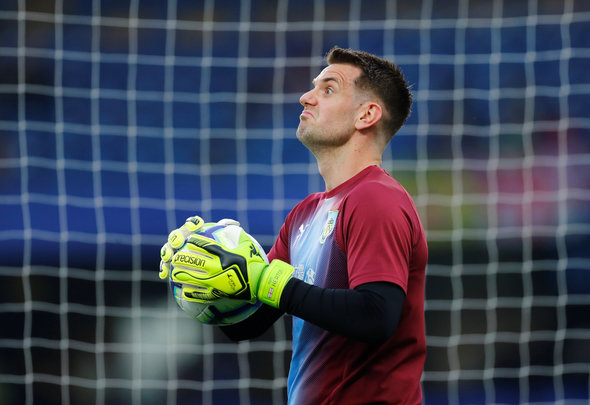 Leeds United were trying to sign Burnley and England goalkeeper Tom Heaton in January before they secured the capture of Kiko Casilla, according to Noel Whelan.

The former Leeds striker and lifelong Whites fan, speaking exclusively to Football Insider, says that the three-cap shot-stopper was a player Marcelo Bielsa and his transfer team looked to get on board to strengthen their goalkeeping options.

Leeds eventually brought Casilla in from Real Madrid as their only winter signing, the Spaniard taking Bailey Peacock-Farrell’s spot between the sticks for the rest of the season.

Raving over Heaton’s performances following a return to the starting XI at Burnley, Whelan claims that he might have been Leeds’ first choice before they got their hands on their current number one.

He told Football Insider: “Leeds United were trying to get hold of Tom Heaton last season before we brought in Casilla. He’s been part of the England setup, you need that experience, he seems like a leader as well.

“A very good goalkeeper, came back into the squad at Burnley last season and had some excellent performances.”

Heaton, 33, has a total of 200 appearances for Burnley under his belt with 22 of those coming last season, reestablishing himself as Sean Dyche’s first choice in net from the turn of 2019.

Casilla, who is a year younger than Heaton, played 19 games for Leeds following his arrival from Spain, missing one match through suspension.

In other Leeds United news, it can be REVEALED the Whites have set their sights on snapping up a Premier League ace to replace Casilla this summer.