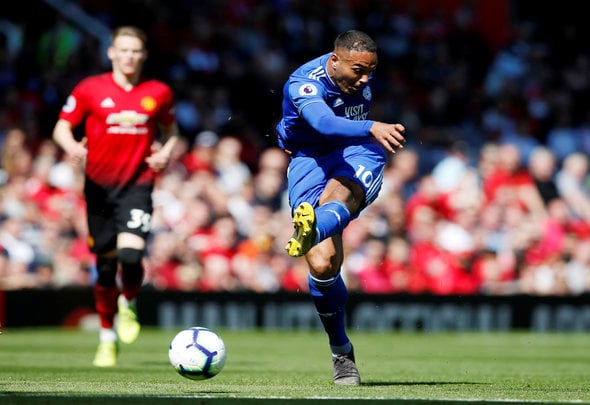 Speaking exclusively to Football Insider, the former Leeds striker and Championship expert says the 25-year-old shares a lot of attributes with the Venezuelan hitman, claiming the Danish-born forward could be an upgrade in terms of his ability with the ball on the ground.

It has been a case of one in and many out the door at the Hawthorns this summer, with Rondon joined by Jay Rodriguez in leaving permanently for China and Burnley respectively, while Dwight Gayle has returned to Newcastle United after his loan spell.

Whelan says that Zohore ticks the boxes that West Brom need up front with his physicality and suggested a dangerous partnership between the striker and winger Matt Phillips.

Whelan told Football Insider: “He’s a strong boy, we’ve seen him play when he was at Cardiff. Quick, powerful – very much like a Rondon type of player but maybe a little bit better on the floor.

“They’ve realised they need some kind of power in that final third running through the middle and with (Matt) Phillips running off the side of him, it’s still a strong outfit.

“They expect to be up there, challenging for promotion. No doubt about it.”

Zohore has hit 23 goals in 77 Championship appearances during his time at Cardiff, while last season he managed to net just once in 19 Premier League matches.

He will be battling his old side for promotion this season, with the Bluebirds having been relegated from the top flight.

In other West Brom news, Noel Whelan claims that the club have lost some of their fear factor at the Hawthorns due to summer developments.