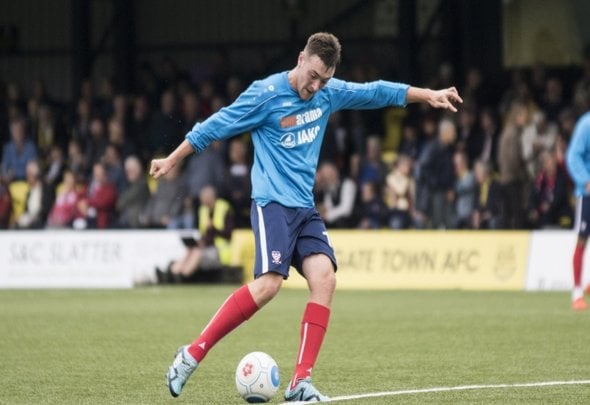 Noel Whelan has revealed he is fuming over Marcelo Bielsa’s decision to snub Ryan Edmondson from the Leeds United squad which has travelled to Australia for their pre-season games.

Speaking exclusively to Football Insider, the former Elland Road striker and lifelong Leeds fan says that the 18-year-old hitman was underused by the manager last season and that he needs to be integrated into the first-team squad if he is to hit his potential.

The teenager was left behind in Yorkshire as a mix of senior and youth players made their way down under for games against Manchester United and Western Sydney Warriors.

With his teammates on the other side of the world, Edmondson continued to prove his potential with a hat trick against Tadcaster Albion on Wednesday and Whelan insists the youngster should have joined Kemar Roofe and Patrick Bamford out in Australia.

Whelan told Football Insider: “Ryan Edmondson, he’s got a hat-trick this week, I would have liked to see him out there to be quite honest with you. To see him integrated into the first-team a bit more.

“I’m disappointed he hasn’t been taken across to Australia with the team and given that opportunity because he’s a player I’ve been impressed with for a while now. I felt he should have been more involved last season. He wasn’t even on the bench at times.

“He’s been banging in goals for fun, he’s a big, strong boy, he’s something different to what we have in strikers. I’m really surprised he’s not gone out and when I see the goals that he’s taken against Tadcaster – fantastic. He could be the future of Leeds United but he needs to be integrated. He should have gone across.”

Edmondson has two senior appearances under his belt at Elland Road, both coming as a substitute last season to pick up 35 minutes of first-team action.

Bielsa had Bamford, Roofe and Tyler Roberts to call upon in terms of senior strikers, the former pair both picking up injuries which curtailed their campaigns.

In other Leeds United news, it can be REVEALED that a senior player at Elland Road has told his agent to find him a new club despite having plenty of time on his current contract.