Leeds United have a “fantastic” centre-half on their hands in their shape of youngster Charlie Cresswell, according to Noel Whelan.

Speaking exclusively to Football Insider assistant editor Russell Edge, the former Leeds forward and boyhood Whites fan believes the 17-year-old could be a “really good player” for Leeds in the future. 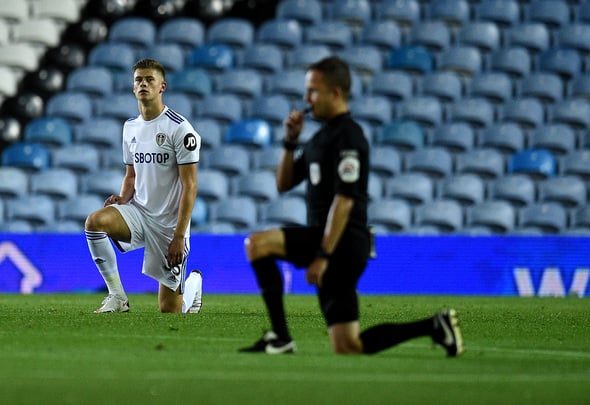 The defender signed his first professional contract with the Yorkshire giants last summer and has two years left on the deal.

The Whites are now keen on adding two Premier League centre-backs to bolster their ranks in the shape of Callum Chambers and Brighton youngster Haydon Roberts.

Asked by Football Insider who particularly impressed him from the fringe and young players who started last week’s game against Hull, he said: “Charlie Cresswell, fantastic centre-half, confident in the air, good size to him, very comfortable on the floor with the ball.

“I was really impressed with how he settled in, position-wise he was excellent.

“He looks the part. He’s going to be a really good player for us I think in the future. I’m looking forward to seeing a bit more of him.”

Cresswell captained Leeds United’s under 18 side last season as they reached the fifth round of the FA Youth Cup before losing to Manchester United at Old Trafford.

In other Leeds United news, the door has opened for the Whites to sign a Southampton 24-year-old amid a big development.