Noel Whelan believes Aston Villa could make a late move to sign a new striker after the departure of Mbwana Samatta.

Speaking exclusively to Football Insider assistant editor Russell Edge, the former Premier League hitman insists it is “fantastic” that the Villans have managed to offload the 27-year-old after they “took a chance” on his capture.

Villa confirmed last week that the Tanzania international, who joined the club in January, had moved to Turkish giants Fenerbahce in a permanent deal.

He managed to net just two goals in 16 appearances for Dean Smith’s men.

With just two fit senior centre-forwards at his disposal, Whelan believes the Villa boss will be on the lookout for a late centre-forward deal.

Asked if he thought Villa needed a new striker, Whelan told Football Insider: “He might want to look at that, they’ve got Ollie Watkins so that’s one option through the middle, he’s got a few players to choose from, the young lad, Davis, as well.

“Samatta is one of those, he came for £10million from Genk, he’s not really fit in, they took a chance on him, it’s not really worked out so to get him off the wage bill is absolutely fantastic. He can try and reignite his career somewhere else.

“While the window’s still open, big clubs will always look for strength in certain areas to give them that added advantage and to push higher up the league. Dean Smith’s no different to that.” 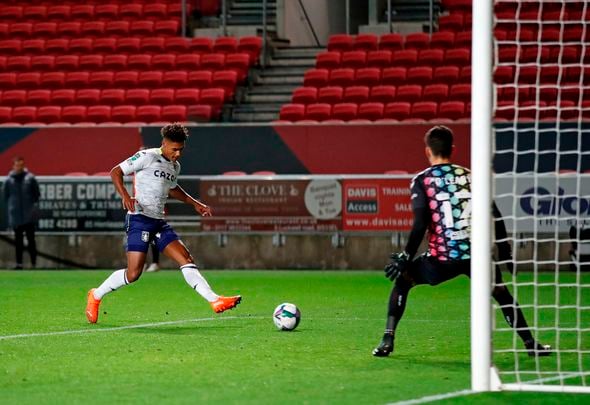 Summer signing Watkins has scored two goals in four games for Villa so far, although both his strikes have come in the League Cup.

In other Aston Villa news, Alan Hutton has been left stunned by “unbelievable” news coming out the club.