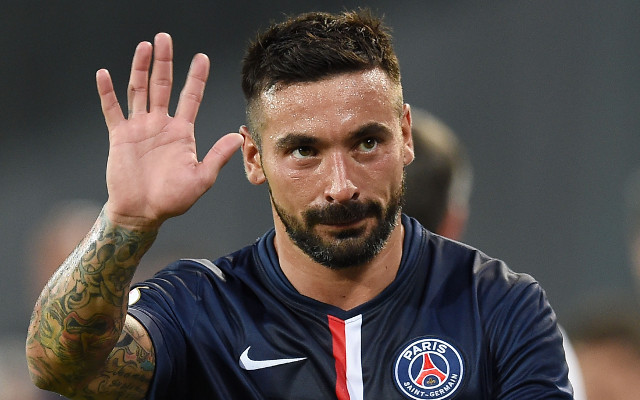 By Miguel de Souza
Ezequiel Lavezzi has delivered a blow to his Premier League admirers by revealing that his “dream” is to play for Barcelona.
The Argentine winger’s contract with Paris Saint-Germain expires at the end of the season and he has been linked to some of Europe’s elite clubs.
Sources close to Lavezzi have told Football Insider that there is interest in the 30-year-old from Premier League clubs, including Arsenal and Chelsea.
Barcelona have also been reported to be ready to make a January move for Lavezzi, who has slipped down the PSG pecking order this season.
The Argentina international has started only three of the French club’s 16 Premier League and Champions League matches this season and is not expected to renew his contract when it expires next summer.
Speaking about the reported interest from Barcelona in the wake of Argentina’s win over Colombia on Tuesday, Lavezzi confessed he would love the opportunity to join the Spanish and European champions.


“I’m not going to deny that it would be a dream to play in a team like that, but today I play in one that does not have a need to envy,” Lavezzi said, as reported in Barcelona publication Sport. “I will be calm and try to make the best decision.”
Lavezzi is no longer an automatic starter for PSG but he remains a key member of the Argentina squad.
He scored the country’s only goal in in their 1-1 World Cup qualifier draw with Brazil last Friday and then supplied the assist for Lucas Biglia in their 1-0 win over Colombia on Tuesday.