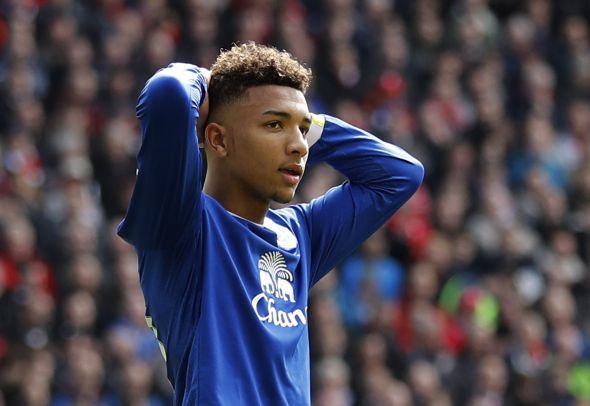 Everton defender Mason Holgate and Liverpool forward Roberto Firmino could potentially face an FA enquiry for an incident that occurred between the two in the first half of the FA Cup third round tie on Friday night, according to a top football journalist.
Sam Allardyce’s side fell to a 2-1 defeat away at Anfield despite putting on a good performance for the away support.
The incident in question took place shortly after the Toffees youngster gave away a penalty after the referee adjudged his challenge on Adam Lallana a foul and the spot kick was converted by James Milner.
Then, as both Holgate and Firmino chased the ball down into the sidelines, a shove from the young defender on the Brazilian and a scuffle between players of both sides ensued.
And it was this that The Times writer followed up on and he gave his opinion on Twitter:

FA long been in denial over declining refereeing standards. No reason why Bobby Madley should know Portuguese over Firmino but he should have sanctioned Holgate for push. FA charges pending for both. #LIVEVE

The inference is that Firmino said something that would land him in a lot of hot water.
Everton may now have to face a wait to see if their talented 21-year-old defender will have to deal with an FA enquiry – his shove on Firmino was definitely dangerous.
The Toffees play Tottenham Hotspur in a little over a week and will want to have Holgate available for the fixture.
In other Everton news, Allardyce admits the hardest job of all.
We’ve launched a << BREAKING NEWS FEED>>exclusively for your club. ‘Like Us’ on Facebook by clicking here if you want 24/7 updates on all Everton breaking news.