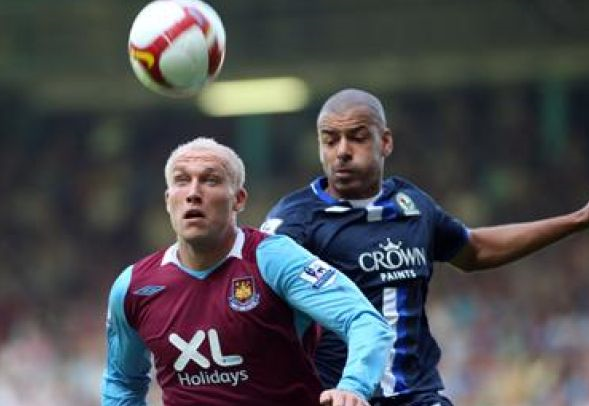 The Hammers are without a win in seven games in all competitions, and are 17th in the Premier League, just a point above safety.

Ashton, who spent five seasons at Upton Park, is disappointed to see his former club in their current predicament, but believes the FA Cup can holds the key to the club’s revival this season.

West Ham were drawn against Manchester City in Monday’s draw, which Ashton admits was tough.

Ashton told West Ham’s official website: “I know this is a tough draw for West Ham but the FA Cup is slightly different and we don’t know what kind of team Pep Guardiola will put out on the day.

“If we can manage to get a win, it will bring so much confidence into the squad and it can help with the league form, as it will give the players a big lift.

“This is a tough time for West Ham at the moment but everyone needs to stick together. The club is not being helped by injuries to key players and the weekend defeat against Arsenal was very disappointing.

“But we need to show more fight and be harder to beat and that will allow players such as Payet and Lanzini to show a bit of magic and nick a goal at the other end.”

Ashton also laments the lack of goals scored by the Hammers of late, but believes the return of Andy Carroll will be a huge boost.

Carroll has missed much of the season through injury, but made his long-awaited comeback in the defeat to Arsenal, capping his return off with a goal.

“When I look at the squad I believe there is enough quality to turn the situation around but we need the strikers to start scoring again,” Ashton continued.

“We obviously need players like Andy Carroll to come back and it will make such a difference.”

Ashton has fond memories of a historic cup clash between the two sides, with the one-time capped England striker netting a brace in a remarkable 2-1 victory for the Hammers.

The victory in March 2006 saw West Ham to their first FA Cup final since 1980, but Ashton’s side eventually lost out to Liverpool.

The FA Cup third round clash between West Ham and Man City will be played at the Olympic Stadium on Saturday 7 January.

In other West Ham news, Slaven Bilic is eyeing a loan deal for this Manchester United ace.