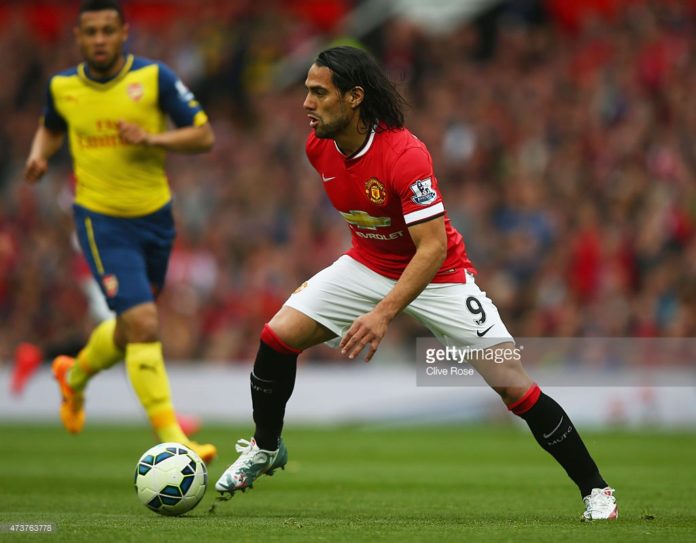 EXCLUSIVE | By Chelsea correspondent TonyHughes
Chelsea are confident of completing the signing of Radamel Falcao by the end of next week, Football Insider sources understand.

The Premier League champions registered their interest in the Monaco striker last month and opened talks on a deal that would take him to Stamford Bridge on a season-long loan.
Football Insider has learned that negotiations have advanced to the point where Chelsea are confident that Falcao will replace the departed Didier Drogba as experienced back-up to Diego Costa.
All parties are confident the deal will be finalised by the end of next week although Chelsea might wait until Colombia’s involvement in the Copa America ends before announcing the signing.

Manager Jose Mourinho strongly hinted to a South American TV station last week that he will throw the 29-year-old a Premier League lifeline and this summer.

Falcao endured a nightmare loan season at Manchester United, where he failed to justify his £275,000-a-week wages and scored only four times in 29 matches.

United passed on an option to convert his short-term agreement into a permanent transfer, paving the way for Mourinho to make a move.

“If I can help Falcao reach his level again, I will do it,” Mourinho was claimed to have said on DirecTV Sports on Wednesday. “It hurts me that people in England think that the real Falcao is the one we saw at Manchester United.”

Falcao is away in Chile with Colombia for the Copa America.