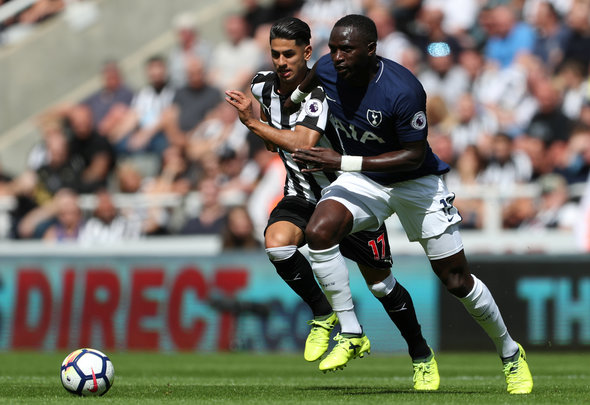 When it comes to transfer business at Tottenham, those brought in by Mauricio Pochettino have rarely failed to live up to expectations.

The Argentinian manager must be given the credit for building the squad he has during his four years in charge, knowing exactly where needs strengthening and identifying the ideal targets to fill the gaps.

He has even future-proofed the squad, bringing in young talents who will both challenge for the first team or fill in as back up for more experienced stars, waiting for their opportunity to shine.

Yes, there have been a handful of less successful signings, but very few of those have been complete flops, offering at least one or two bright performances while in the senior side.

However, the same cannot be said about Moussa Sissoko.

An infamous £30million capture from Newcastle United, the Magpies were left laughing all the way to the bank after offloading the French international.

A dire first campaign for Spurs left it looking likely he would be out the exit doors 12 months after his arrival, but in a shock turn of events, he not only stayed at the club but became a regular member of the first team this season.

With 40 appearances under his belt, 23 of those coming among the starting XI, it could be claimed that Sissoko had turned his form around, but that is not the case.

He has begun to fall away from the first team picture yet again, managing to feature in just 17 minutes of the club’s last six Premier League matches, and he was an unused substitute for both legs of the Champions League defeat to Juventus.

After being a first team regular, he is back to being a fringe figure, and the longer he stays there, the less of the £30million the club will be able to recoup.

As such, the time has come for Pochettino to cash in on what has been a rare flop on his watch, and reinvest whatever money his sale brings into what will hopefully be a more successful swoop.

In other Tottenham news, the club have been handed a major boost in their hopes of keeping a key man this summer.