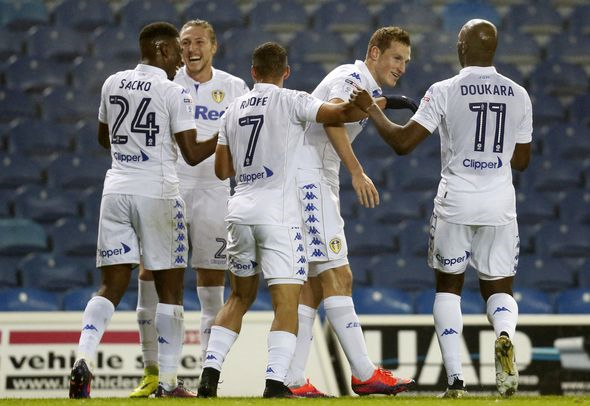 Football fans have been discussing on Twitter who they would most like to see make a return to the Premier League between Aston Villa and Leeds.

Bet365 asked fans to comment on Twitter on their account ahead of Thursday evening’s clash between the two sides, and retweet for Leeds or like for Aston Villa. The latest score was 1,059 to 647 in favour of Leeds.

Who would you rather see back in the Premier League? 🤔

The Championship fixture ended 1-1 but it was Garry Monk’s side who looked the most impressive and Leeds must feel they have a very good chance of gaining promotion to the top flight this season.

They currently sit in fourth place after four successive games without a defeat but Steve Bruce’s side are also still in the running to earn a play-off spot.

Neither to be honest, though Villa have a lot more legitimate history than Leeds do.

@Mark_Murdoch that's like choosing between toothache and a migraine

Villa, who were relegated from the Premier League at the end of the 2015-16 campaign, currently sit in ninth place but are just seven points below Leeds.

Leeds are one of the biggest clubs in Britain and they used to have a great rivalry with Manchester United in the English top flight.

Despite winning three league titles and one FA Cup trophy, Leeds were relegated in 2004 and they have failed to gain promotion back into the Premier League.

Villa had been a top flight club for 28 years prior to their relegation last season and under Bruce they are keen to bounce straight back up.

In other Leeds news, the club should sign this defender as a replacement for Charlie Taylor.