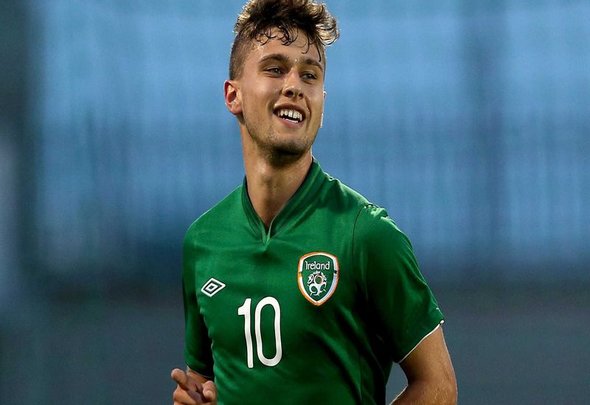 By Richard Parks
Striker Eoghan Stokes tweeted his delight after agreeing to move from Leeds United to Irish top-flight club Bohemians  – and fans have praised him for making such a brave switch.
The Dublin-based club announced on their official Twitter account on Thursday that Stokes, 21, had agreed terms to move to Dalymount Park, subject to international clearance.
Stokes subsequently wrote a message on his personal Twitter account to say that he is “looking forward to this new chapter in my career”.

Looking forward to this new chapter in my career #bohs ????⚫️ https://t.co/qzBqiwAfpJ

Stokes’ followers on Twitter sprung into action to react to his message, wishing him well in his new venture including praise for a “good choice”, while one raved about “a true footballer who puts love for the game over riches”.
Here is a selection of their messages on Twitter:

Welcome aboard Eoghan. At last a true footballer who puts a love for the game over riches. If only there were more players like you! ????

All the best @eoghan_stokes9 hope all goes well for you lad ????⚽️

Good luck fella. Good choice. I’ll be in the Jodi stand for a watch when I get back at the end of the year.

Welcome to Dalymount Park, Eoghan. Delighted to have heard you have signed for us.

The forward is set to go straight into their first-team squad and make his debut in a big top-flight derby against Shamrock Rovers on Friday night, which is already a sell-out.
Stokes had his deal at Leeds terminated two weeks ago after the January transfer window closed, yet the Bohemians announcement states that he has been signed from the Championship giants as his registration is passed between the two clubs.
The Republic of Ireland Under-21 international made just one senior appearance during his time at Leeds but he was a prolific scorer for their Under-23s after graduating from the youth ranks.
It has been reported that the centre-forward had a trial at Bohemian’s Dublin rivals Shamrock Rovers but has chosen to move to Dalymount Park ahead of the 2018 Irish Premier Division kicking off this week.
In other Leeds United news, a 27-year-old has insisted he still has a BIG future at the club after reports he will never play for the Yorkshire giants again.