Leeds suffered a 1-0 defeat against Derby on Saturday afternoon and fans took to Twitter to share this frustration over Kalvin Phillips’ disappointing performance.

Garry Monk’s side produced an unconvincing display as Steve McClaren recorded his first victory in his first match in charge of the Rams.

It was a disappointing day all round for Leeds fans who were left feeling frustrated as late pressure was not enough to secure a draw.

They ended an excellent run of form as Johnny Russell’s goal made sure of three points for their opponents and Leeds were unable to find an equaliser.

The 20 year-old has made 14 appearances for Leeds already this season and is a popular figure around Elland Road, despite undergoing criticism from fans.

However, the academy graduate looked out of his depth in Saturday’s fixture and struggled to find the form which has earned him his place this season.

The midfielder had an awful display and Derby were able to mount several attacks due to his lack of positioning and ball retention.

The young Englishman still has a lot to learn and his display against Derby was evidence of this and fans were quick to criticise.

Piss poor from Kalvin Phillips, get him off. #LUFC

Hmm. Back to earth. Decent at the back, CH’s & O’Kane good, Phillips & Hernandez way off the pace, no game changers on the bench. #lufc

@PhilHayYEP Phillips and okane too deep one of them needed to be closer to pablo. Okane preferably as he has the quality. #lufc

Taylor & Phillips both to blame there, the blind love affair with the academy gonna end any time soon? #lufc

In other Leeds news, fans react on Twitter to Pontus Jaanson’s display.

Sources: Duffy unlikely to play for Celtic or Brighton again as move on the cards 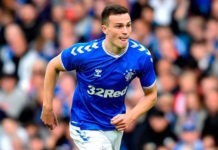 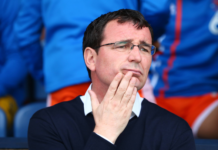