Noel Whelan admits he is buzzing to see the return of Newcastle United winger Allan Saint-Maximin after his recent injury layoff.

The former Leeds striker, speaking exclusively to Football Insider assistant editor Russell Edge, says that the mercurial Frenchman is the sort of player who defenders hate to play against due to his skill, trickery and pace.

Steve Bruce confirmed at his press conference that the French winger was in contention to play against Chelsea on Saturday afternoon after missing the club’s last six Premier League games.

🎙 Steve Bruce speaks to the press ahead of tomorrow’s visit of Chelsea. #NEWCHE

“We’ve still got a few out but we’ve got a few coming back which is good. Allan Saint-Maximin has trained for the past two weeks so we hope that he’s going to be OK for tomorrow.” pic.twitter.com/1Banr0vDUu

Whelan says that any player coming back from injury is a boost to the Magpies after their serious issues at St James’ Park but that Saint-Maximin has been a significant miss.

Asked if it was a huge boost to have him back, Whelan told Football Insider: “Oh it is. Anybody with that kind of pace, power, skill and creativity.

“I know he’s not hit the goals as much as you’d expect but what he does bring is a real direct style of play which a lot of players can’t deal with because of that power and pace that he has.

“Fantastic, I think any kind of players coming back from injury for Steve Bruce right now is a bonus because he’s had a horrendous time of it and he’ll be glad to see someone like that, who can create and score and excite the fans.” 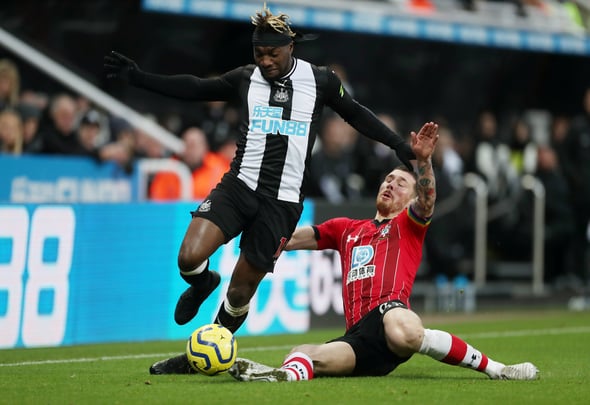 Saint-Maximin, who arrived at Newcastle from OGC Nice over the summer has played 12 times for the Magpies so far, his first and only goal coming against Sheffield United.

In other Newcastle United news, it can be REVEALED the club have tabled a contract offer to a promising talent at Arsenal.