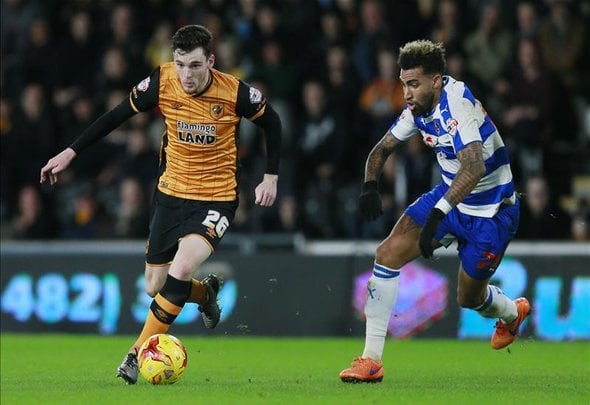 Scotland international and Liverpool full-back Andy Robertson has explained that he was released at Celtic due to a new head of youth wanting more physical players coming through.

The now 23-year-old has completed a move to English giants Liverpool this summer for a fee of £8million from relegated side Hull.

He has emerged as one of the top left-back talents in England, while also being capped 15 times at senior international level for Scotland.

However, it hasn’t been plain sailing for Robertson and he suffered early disappointment as a youngster after being released by Celtic at Under-15s level.

Now, after his move to Liverpool the full-back has told that the death of former boss and head of youth Tommy Burns saw the Hoops go down a different route, which resulted in his release.

“There was a transition going on at Celtic at the time where a new head of youth had come in. I didn’t fit the bill,” said Robertson, as quoted by the Telegraph.

“He came from Motherwell, who were full of big lads and were physical. That wasn’t my game. I was small. I’m not big now but it took me time to grow and fill out.

“He saw a small guy playing centre-mid, left-mid or left-back who was quite weak. To be fair I was, but I believed in my ability.

“That was the first time I had anyone doubt me. Tommy Burns [the former Celtic manager and head of youth development] was great with me and when he died it hit everyone hard. He was different class with me, he liked me as a player, he liked me as a person and he could see what potential I had.

“He sadly passed away and Celtic went another route afterwards, one which was hard on some players, but good for others that maybe didn’t fit Tommy’s vision.

“Being rejected was quite hard because I was a Celtic fan from birth. It took nearly a full season to get over that disappointment. My first year at Queen’s Park, I just wasn’t good enough, but that tough period shaped me.”

After leaving Celtic Robertson made the short move across Glasgow to Queen’s Park, where he then started to make a name for himself and earned a move back to the Premiership in 2013 with Dundee United.

It was then at Dundee when onlookers started to notice his talents and after 44 matches, five goals and six assists for the club he made a £2.85million switch to the Premier League with Hull.

Now, he will be hoping to continue his progression with Liverpool in the Champions League in the next campaign and he could even line-up against former club Celtic if the two draw each other in Europe’s elite competition.

In other Celtic news, Chris Sutton has named the striker he would have liked to have seen the Hoops sign.