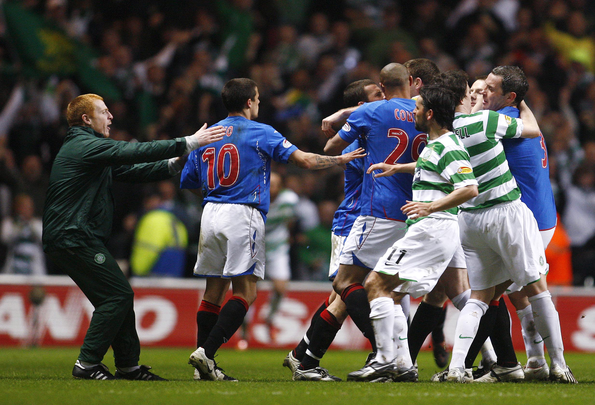 Celtic go into their next match on Sunday hoping to once again defeat their bitter rivals Rangers, this time in the Scottish Cup semi-final.

The rivalry is still a deep and bitter one, and the games don’t seem to have lost any of their bite even after the Gers’ liquidation and subsequent promotion to the Scottish Premiership.

The match is still the one that supporters want to win the most, judging by the frenzied celebrations which mark any goals scored against the Ibrox side.

The only thing that seems to be missing from the rivalry at the moment is a title challenge from the Gers, but that’s not for the Hoops to worry about, as the Bhoys have continued to win trophies, and are set to win their seventh consecutive league title.

With the teams set to do battle again in a matter of days, we thought we’d take a look at some of the Hoops’ most notable Old Firm triumphs in recent years.

Here, Football Insider looks at the Hoops’ best wins over Rangers from the last 25 years.