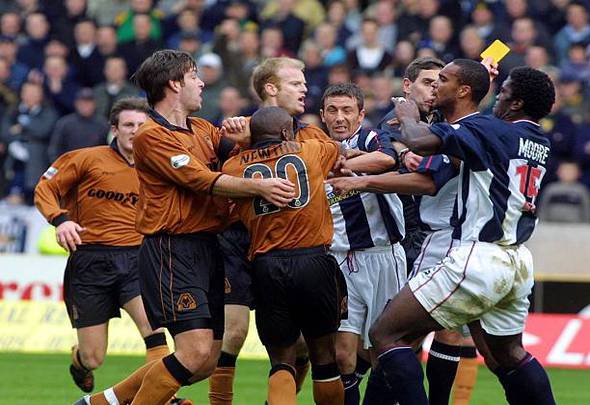 The Black Country derby between Wolves and West Brom is one of the oldest and most fiercely competed derbies in the history of English football.

Dating all the way back to 1883, the two clubs were battling for bragging rights with one another since before the Football League was formed when the Baggies won 4-2 against Wanderers in the Birmingham Senior Cup.

In the 1950s the rivalry between the two sides reached it’s peak with both of them competing for major honours.

West Brom have had the upper-hand in the total number of meetings between the two, winning 64 times in 160 clashes, compared to Wolves’ 53.

But just because the Black Country derby is so fiercely competed does not mean that players have not crossed the 12 mile gap between Molineux and The Hawthorns over the years and in fact there have been some very illustrious names to do so.

In modern times, Keith Andrews, Jason Roberts and Joleon Lescott have played for both but none of them pale in comparison to some of the greatest names to wear the blue and white stripes of West Brom and the gold and black of Wolves.

Here, Football Insider names the five greatest players to have played for both the Baggies and the Wanderers.

Click below to find out who makes it into fifth place…