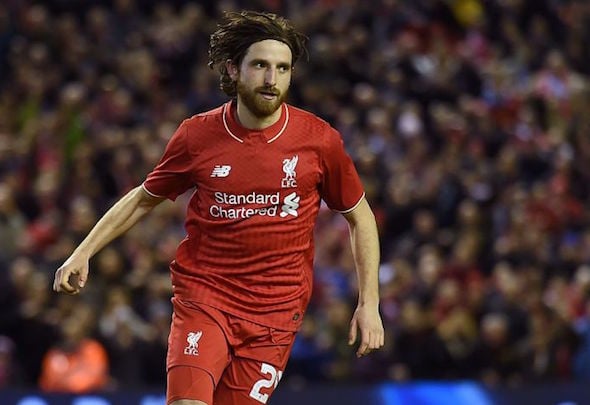 Joe Allen has been targeted by five leading clubs including one in Spain, according to a report.

The midfielder is yet to open talks with Liverpool about a new contract even though his current deal has just 14 months to run.

The Sun claim four Premier League clubs have registered their interest in the Welshman, in addition to one La Liga outfit.

It is said that there is a possibility Allen could join up with his countryman and Real Madrid superstar Gareth Bale in Spain if his future is not resolved this summer.

BBC Wales Sport reported on Monday that the Merseyside giants have not discussed a new deal with Allen.

It throws the future of the 26-year-old into fresh doubt ahead of Thursday night’s Europa League quarter-final second leg against Borussia Dortmund.

Manager Jurgen Klopp has strongly hinted that Allen will be in the starting X1 for what has emerged as Liverpool’s most important match of the season.

The midfielder has only started four Premier League matches this season but he has been an increasingly influential player since the turn of the year and was hailed as “brilliant” by Jurgen Klopp in Sunday’s emphatic 4-1 win over Stoke.

With Jordan Henderson out injured, Allen could get the nod ahead of Lucas Leiva and Kevin Stewart to start alongside Emre Can in central midfield.

Allen, who was given a standing ovation at Anfield when he was substituted on Sunday, will have just a year remaining on his current deal at the end of the season.