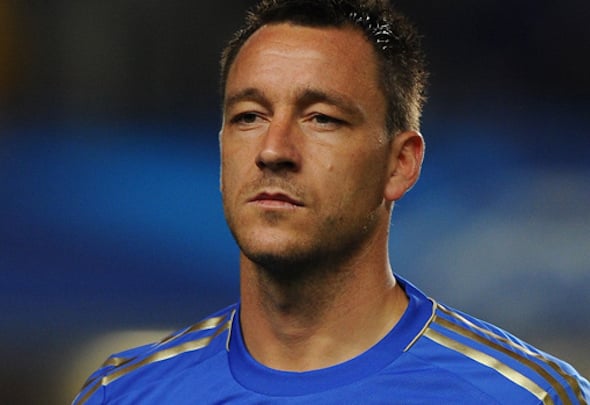 Whether you viewed it as a transparent summary of his Chelsea position or a cynical attempt to engineer a new contract, John Terry has ensured his future will remain a major talking point for the rest of the season. The farewell tour began at Vicarage Road, as did the campaign from the supporters to get the ‘captain, leader, legend’ a new deal. Terry’s name was chanted by the visiting fans before kick-off and in the early exchanges, and the skipper responded with a typically committed and resilient performance. Terry claimed he won’t be getting “a fairytale ending” to his career, but the sense is that, actually, he might.

The old Fabregas is back

Of all the Chelsea players, none was as mystifyingly below-par for most of 2015 as the Spaniard, and none have been revitalised as swiftly under the paternal management of Guus Hiddink. With Eden Hazard once again on the bench, Fabregas was deployed in the No10 role in which his game now seems best suited given his lack of defensive steel. His vision, passing and appreciation of space were impressive as he maintained his fine form either side of the new year.

Ighalo is thrilling on the ball

What a box of tricks the Watford striker is. His ‘scoop’ has left a trail of destruction on Watford’s unlikely rampage to the top half of the Premier League, and Chelsea’s defence were the latest victims of the Nigerian trickmeister. It was the more mundane actions that the spearhead struggled with tonight. His passing was sloppy and he was unusually reticent when a headed chance presented itself in the first half. That said, the £30million striker is the jewel in Watford’s crown and great fun to watch.

Mikel is trusted more than Matic

This time a year ago, when Nemanja Matic was putting the enforce into midfield enforcer the idea that the Serbian would be below John Obi Mikel in the Chelsea pecking order was as laughable as the prospect that Jose Mourinho could be sacked. But the long-serving Nigerian started his sixth consecutive Premier League match tonight and repaid Hiddink with a savvy display in the middle. When Eden Hazard was introduced late on in the search for a goal, it was Matic who made way while Mikel was kept on to anchor the midfield. Pato is nowhere near full fitness

Had Alexandre Pato been fully fit, he would have been on the substitute’s bench. That much we know, because Loic Remy was once again omitted, presumably for fitness reasons, and Radamel Falcao’s time at Stamford Bridge is now up. Given the Brazilian’s omission and the fact he has not played since November, it is clear he is some way from being able to force his way into the Chelsea team. Which makes his loan move all the more strange.