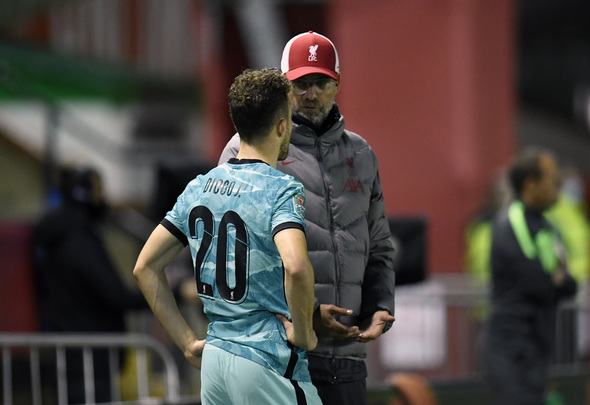 Kevin Phillips has waxed lyrical about Diogo Jota and claimed that the new Liverpool signing will prove to be a “wonderful addition” to the squad.

The 2000 European Golden Shoe winner, speaking exclusively to Football Insider correspondent Dylan Childs, said that the 23-year-old was a “really clever signing” at a fair price.

Jota made his debut for the Reds as a second half substitute last night as the Reds beat Lincoln City 7-2 in the fourth round of the EFL Cup.

The Premier League champions signed the Portuguese winger from Wolves in a £45million deal on Saturday and the attacker put pen to paper on a five-year contract at Anfield.

He became Liverpool’s third summer signing after the arrivals of Kostas Tsimikas and Thiago Alcantara from Olympiacos and Bayern Munich, respectively.

When asked by Football Insider for his thoughts on the Merseyside club’s latest recruit, Phillips said: “I think it’s a really clever signing.

“I think Jota’s a really good player. A fantastic, quick, tricky technical player who can both score and create goals.

“A wonderful addition to the squad for Liverpool and good business for that price I would say. I am really excited now to watch him perform this season.”

Speaking about Jota on Wednesday, Reds assistant manager Pep Ljinders said: “His technical level is on the same as our front three. He has so much future in the game and he will have a great pathway inside our club. He’s like a pressing monster, so he will fit in straight away.

“In Portugal, they all say what a great signing Liverpool made, because they know exactly how he is and what kind of potential he still has.

In other Liverpool news, it can be REVEALED that club are in advanced talks to sell midfielder in £12million deal.