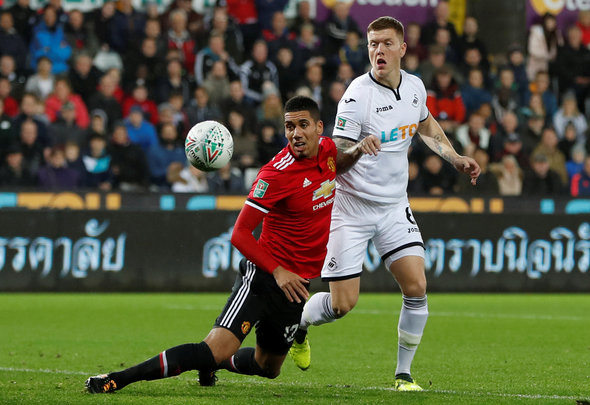 The future of Tottenham star Toby Alderweireld is a perplexing conundrum for Daniel Levy, and one which promises the extend deep into this summer’s transfer window.

The Belgian enforcer, with 73 caps under his belt, knows he is in the driving seat when it comes to negotiating a new deal, with his current contract to expire next summer.

The extension clause, which would see it continue until 2020 but includes an agreement which will see him made available for sale for £20million, is the sticking point, and with talks seemingly at a stalemate, it is no surprise to see rumours of a potential replacement being lined up.

The latest target to be linked with a move to Spurs is Swansea City powerhouse Alfie Mawson, with the Times claiming that the Welsh side have slapped a staggering £40million price tag on the head of the 24-year-old, and that Mauricio Pochettino’s side are lining up a bid in summer.

However, with just 57 Premier League appearances to his name, and having only just been called up to the England squad on Thursday, the Swans’ valuation is simply ludicrous.

If that is the price Carlos Carvalhal is sticking to when the transfer window opens in four months time, Levy can tell Swansea to forget it and put the money into secure Alderweireld, a proven name on the domestic, European and world stage.

For Mawson’s fee, the Spurs chairman could offer the 29-year-old £115,000-per-week (£8million-a-year) for six years and still have change left over, so there is no way they are going to splash that sort of money out on a centre back caught up in this season’s relegation battle.

Tying down Alderweireld must be the club’s top priority, and making contingency plans for an over-rated Swansea star is a waste of time.

In other Tottenham transfer news, the club can turn north London lilywhite by securing a shock move for a 27-year-old Arsenal star.