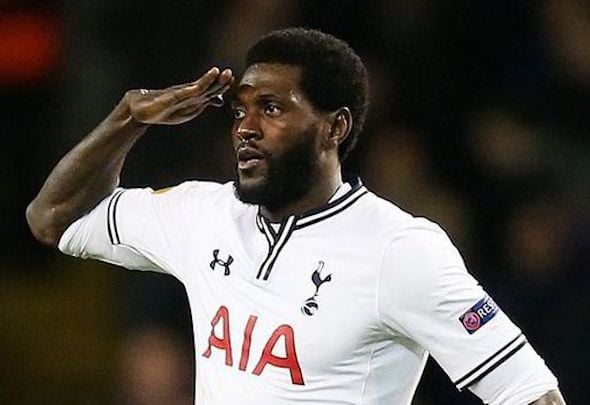 Emmanuel Adebayor has joined Crystal Palace on a free transfer, it was confirmed on Tuesday afternoon.

The Togo international, who is a free agent, has agreed a short-term deal with Palace until the end of the season.

The 31-year-old former Arsenal, Tottenham and Manchester City striker has finalised the switch after a series of U-turns over transfers last summer.

He underwent a medical at Aston Villa but stunned the Midlands club by pulling out of a deal at the last minute and then agreed a move to West Ham only to renege on the move.

Adebayor was subsequently released from his Tottenham contract but the Londoners have still been paying Adebayor’s £110,000-a-week wages while he has not been playing.

Tottenham are still expected to pay a percentage of Adebayor’s wages, but the majority of his salary will now be taken over by Palace until the end of the season.

Despite the fact he has been working on his condition in Togo, it remains to be seen how fit Adebayor is after nearly five months without a club.

Manager Alan Pardew has made it clear Palace have been in the market for a new striker following poor returns from the club’s roster of front men this season.