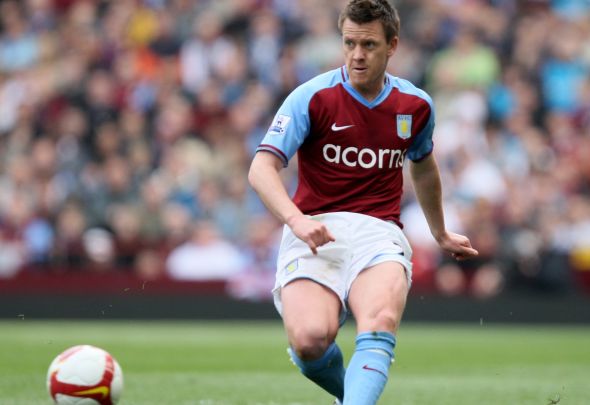 The 35-year-old defender has struggled to find a home since his Villa Park days, with Hungerford becoming his seventh side in six years.

The non-league outfit announced their new signing on Friday via their official website.

Hungerford would like to confirm the signing of @nickyshorey22 and welcome him to Bulpit Lane.

Shorey, who spent two years at Villa Park following a seven-year spell at Reading, was forced to wait for his debut with the non-league side as he sat on the bench during the Crusaders’ 1-1 draw with Margate Town.

Just over nine years ago, Shorey played for England against the likes of Ronaldinho, Kaka and Robinho as manager Steve McLaren’s side drew 1-1 with Brazil at Wembley.

Shorey had made his England bow just days earlier in the 2-1 loss to Germany, lining up alongside the likes of England stalwarts John Terry, David Beckham and Michael Owen.

The former Bristol City, Portsmouth and West Brom left-footer became available after his short-term contract with League Two side Colchester expired at the end of last season.

Shorey, who won the 2005/06 Championship trophy with Reading, also had a short spell with Indian Premier League side Pune City in 2014.

The defender brings the newly-promoted Conference side a wealth of experience from the top tiers of English football, with 176 Premier League appearances to his name.