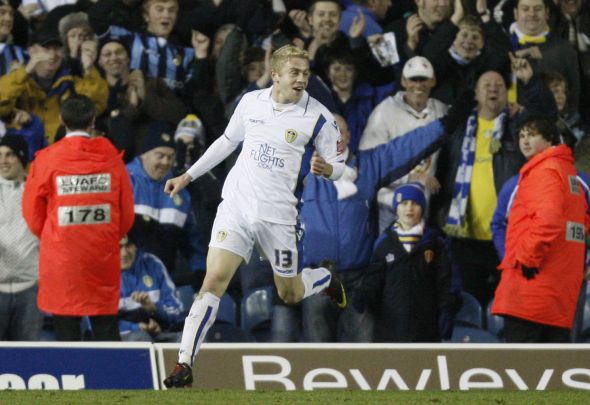 American attacker Mike Grella was given little opportunity to show his worth to Leeds, but has he managed to reinvent his career?

The 29-year-old was on the books at Elland Road for two years after opting to reject a move to MLS giants Toronto in favour of following his European dream at just 22 years of age.

Scoring a hat-trick in his trial against rivals Barnsley earned him a permanent contract with Leeds, but the winger made just seven starts in his 40 league and cup appearances.

Five goals in a white shirt failed to make his short stay at Leeds a successful one, although injury interrupted his chance to shine.

Rare glimpses of brilliance wowed spectators at Elland Road but Grella found the physical demands of the Championship and League One too much to bear.

Grella failed to let his disappointment at Leeds get the better of his English dream. Spells with Brentford, Scunthorpe and Bury followed where he scored a total of 10 goals in 56 games.

But it was not enough. Grella opted to return to America, via a short spell with Danish side Viborg. A return to Carolina RailHawks came next, a side which had given him a chance as a youngster.

But MLS giants New York Red Bulls had been watching from afar. Grella’s unfulfilled talent was continuing to go to waste and the Red Bulls identified that.

Now in his third season with the Red Bulls, “Grelladinho” was part of the side that won the MLS Cup in 2015 and has since scored 18 goals in 78 games from out wide.

In other Leeds news, mystery is continuing to surround this on-loan star.