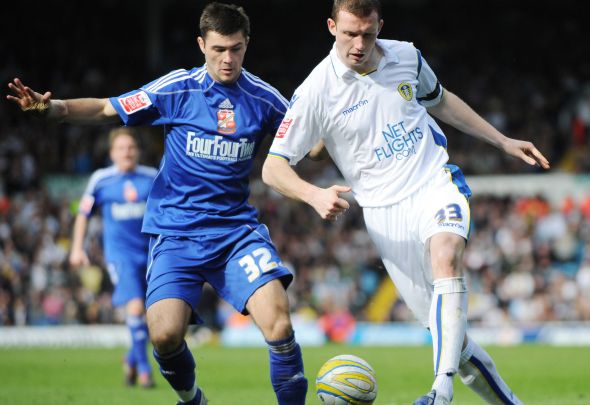 Nomadic defender Neill Collins was a solid central defender during his short time at Leeds, but where is he now? Football Insider investigates.

The 33-year-old was on the books at Elland Road for two years, after spending his first season in Yorkshire on loan from Preston following spells with the likes of Sunderland, Wolves and Sheffield United.

Collins, known for his combative display at the heart of the defence, was signed by former Leeds boss Simon Grayson and played an instrumental part in the side that gained promotion from League One to the Champions in 2010.

The defender was a fans favourite at Elland Road, helping his new side to five wins in his nine appearances and eventually gaining promotion back to the second tier of English football.

His tough-tackling, no-nonsense attitude to opposing striker endeared him to the Leeds fans as his passion and willingess to put his body on the line struck a chord.

Subsequently, the hard-hitting defender was given a permanent deal by Grayson and started Leeds 2010-11 campaign as first-choice centre-back.

But after scoring an own goal against Barnsley as well as a number of indifferent performances, Collins was sold in January 2011 to Yorkshire rivals Sheffield United.

Scotland B international Collins stayed at Bramhall Lane for the next five years, but after falling down the pecking order and an unsuccessful loan spell at Port Vale, he opted for pastures new.

Now, the Scottish-born stopper is plying his trade in the second tier of American soccer with Tampa Bay Rowdies, alongside former England international Joe Cole and ex-teen prodigy Freddy Adu.

In other Leeds news, Garry Monk’s side must stop this Newcastle danger man if they want to win on Sunday.