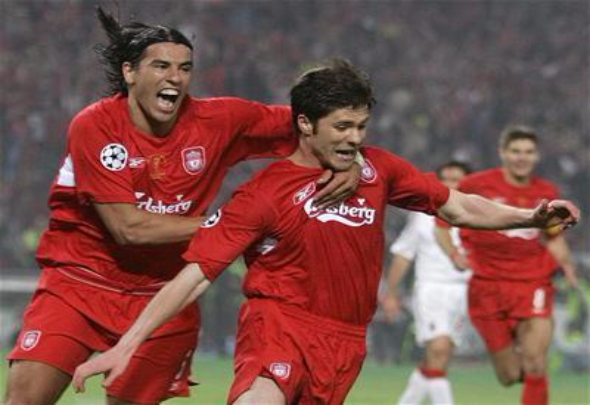 Milan Baros started up front for Liverpool in their famous Champions League victory over AC Milan in 2005, but has he hit the same heights since?

The now 35-year-old was brought to Merseyside by former manager Gerard Houlier in the summer of 2001 from Czech Republic side Banik Ostrava.

He lasted four years at the club scoring 23 goals in 101 appearances before moving to Premier League rivals Aston Villa, which saw the Reds net a near £3million profit.

Baros began his career at Ostrava and attracted Houlier with 23 goals in 76 appearances. After joining Liverpool, he enjoyed international success, winning the Euro 2004 golden boot. He was also a part of the Czech Republic Under-21 winning side in the 2002 Championship.

This prompted Villa to splash out on him after he had fallen down the Reds pecking order, but he didn’t enjoy the same success at the Midlands side, scoring just 11 goals in 48 fixtures.

Leaving for Ligue 1 giants Lyon after just two years at Villa he had looked to recapture his old form at another huge side, but he left after another two years, which included a loan spell with Premier League side Portsmouth.

His 2009 move saw join another big club in Galatasary, where he was more successful with an impressive 61 goals in 116 encounters.

Leaving after four years at the club at the age of 32, it saw him first return to Ostrava before making the switch back to Turkey with Antalyaspor five months later.

He was back with Ostrava less than two years later, after scoring just four goals in 16 fixtures with the Turkish club.

Following his return to Ostrava in 2015 he has since played for two more Czech teams in Mlada Boleslav and current team Slovan Liberec.

His side are currently sat in 11th place in the top flight of the Czech Republic, while also competing in the Europa League, and Baros has contributed with two goals and three assists in 15 appearances this season.

Although his career will mainly be remembered for that Champions League victory, he will also look upon his FA Cup, Ligue 1 and Super Ligue medals with much pride when he eventually retires.

In other Liverpool news, this Reds 28-year-old has claimed that it is “unacceptable” for him to be on the substitute’s bench.