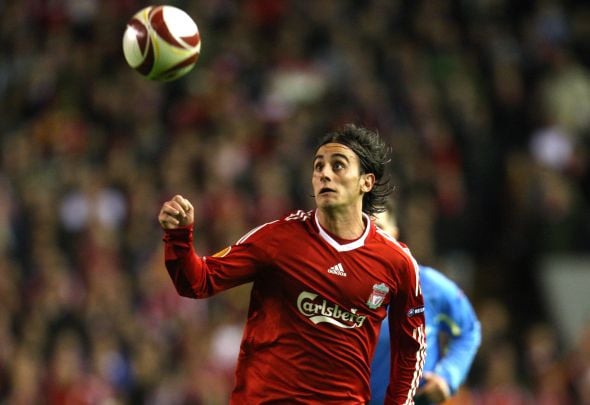 Promoted Serie A side Pescara are close to completing a deal for former Liverpool flop Alberto Aquilani, according to a report.

The 32-year-old midfielder is set to complete a move that will see him play for a seventh different side in six years, after a year in Portugal with Sporting Lisbon.

Sky Italy journalist Gianluca Di Marzio has claimed on his website that midfielder Aquilani has settled a contract dispute that will now allow him to move back to Italy.

It is said that Aquilanito will sign for newly promoted Pescara on Thursday.

Sporting’s number six joined Liverpool back in 2009 for a fee of £17million, but made just 26 appearances for the Merseyside club before moving permanently to Fiorentina in 2012.

Since his injury-ridden spell at Anfield, Aquilani has played for Italian giants Juventus and AC Milan in loan spells before moving to Fiorentina and then joining Sporting on a free last summer.

The 38-time Italy international made 32 appearances in all competitions for the Portuguese giants last term, but half of those were from the bench.

A return to Italy seems to be on the cards for Aquilani, who seems unable to reach his full potential outside of his home country.

As quoted by the Mirror, the midfielder failed to live up to Roma legend Francesco Totti’s claim: “He is potentially one of the best players in the world.”

In other Liverpool news, this 22-year-old left-back could be the man to replace Alberto Moreno.