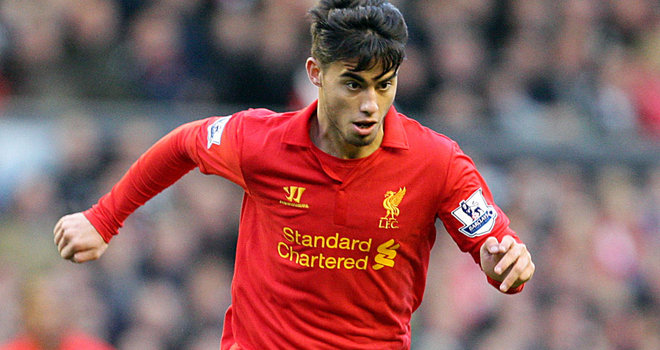 Former Liverpool youngster Suso, scored two goals for AC Milan on his birthday during their 2-2 draw against rivals Inter Milan at the San Siro on Sunday evening.

Suso opened the scoring after 42 minutes and was on hand to restore his side’s lead just moments after Inter Milan’s Antonio Candreva equalised shortly after the half-time break.

The 23-year-old left Liverpool in January 2015 despite making his first team debut aged just 19 during Liverpool’s 5-3 victory against Young Boys in the Europa League in September 2012.

Since joining AC Milan, Suso has gone on to make 21 first team appearances despite completing a short loan spell with Genoa between January and June last season.

The Spaniard opened the scoring between the two sides in the local derby – his first experience of the head-to-head clash between Inter Milan and AC Milan but his side conceded a late goal to lose two points.

Suso has featured in each of AC Milan’s last 11 Serie A fixtures and is starting to impress for the Italian giants, scoring four goals and grabbing four assists.

He scored a number of impressive goals during his time in Merseyside and was well-known for being a free-kick specialist, often scoring some wonderful long-distance strikes.

In total, he made 21 appearances for the Reds, with the majority coming under Brendan Rodgers during the 2012-13 campaign but failed to score in the Premier League.

In other Liverpool news, the Reds need to find a top goalscorer in order to win the Premier League.