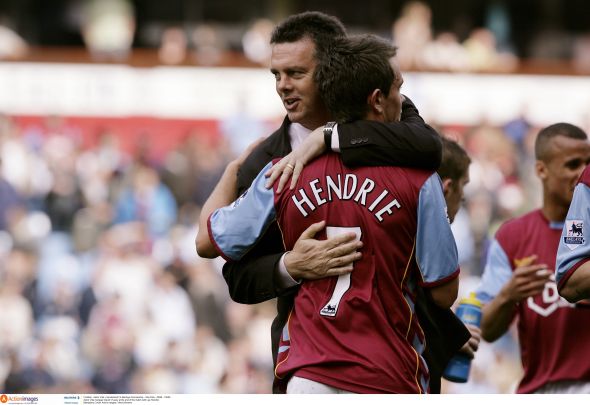 David O’Leary has revealed that Aston Villa can gain automatic promotion to the Premier League, despite their poor start to the season.

Speaking to the Daily Telegraph, former Villa and Leeds manager O’Leary claimed that under Bruce, the Midlands giants can return to the top flight at the first time of asking.

“It is a great time for Steve Bruce to go in at Aston Villa,” Bruce claimed. “And it would be no shock to me if he gets them automatically promoted.”

O’Leary, who managed Villa between 2003 and 2006, is held in high regard by the Villa Park faithful after finishing sixth in his first season with the Midlands based side.

However, former Birmingham and Sunderland manager Bruce has instantly changed his new side’s fortunes, as they remain unbeaten since the 55-year-old took over.

Four wins and three draws, with triumphs against the likes of Reading, Fulham and Cardiff, has seen Villa go from relegation candidates to the the top half of the Championship table.

Bruce will be hoping to provide substance to O’Leary’s claims, by maintaining his reputation as a promotion expert after gaining promotion to the Premier League on four separate occasions throughout his managerial career.

Villa next face high flying Leeds on Saturday in front of the television cameras, as they look to secure three points at Elland Road and move to within a point of the playoffs.

In other Aston Villa news, here is the best XI of players to have played for both Villa and Leeds.