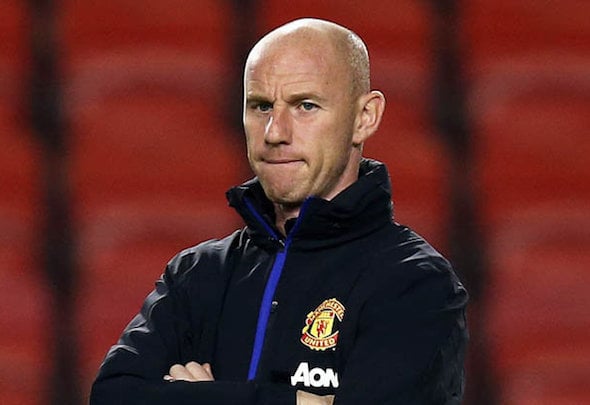 Former Manchester United youth coach Paul McGuinness has landed a job with the England international set-up, according to reports.

McGuinness left United last month following an overhaul of the club’s academy amid fears it has slipped behind those of Manchester City, Chelsea and Tottenham.

According to the People, McGuinness is now working with England Under-18s and has been drafted in by the FA to travel to Austria with the age-group side and assist boss Neil Dewsnip during the upcoming international break.

The son of former United player and manager Wilf, McGuinness, 50, spent 28 years as both an academy player and coach at Old Trafford.

However, the United Under-18 side overseen by McGuinness suffered a disastrous run of results before he left that exposed deep-rooted problems in their set-up.

Former United midfielder Nicky Butt has been appointed the new head of the United academy after he was promoted from head of coaching in the youth team set-up following an extensive review.

In other Manchester United news, the club have clinched a deal for a right-back dubbed ‘the next Dani Alves’.