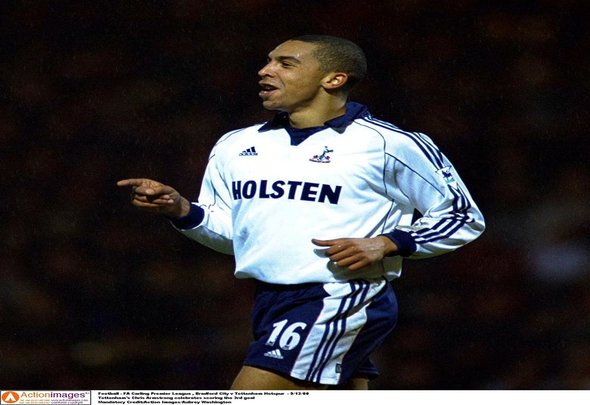 Former Tottenham striker Chris Armstrong has been convicted of possessing cocaine, cannabis and ecstasy, according to a report.

The Sun claim that the 45-year-old, who spent seven years at White Hart Lane, was caught with the drugs in July.

Police are believed to have found three stashes of banned substances during a raid in Kensington, West London.

The report says that Armstrong admitted possession charges and was subsequently fined £375 at Hammersmith magistrates’ court.

The forward enjoyed spells at Wrexham, Millwall, Crystal Palace and Bolton as well as with Tottenham during his playing career.

Armstrong became Spurs’ most expensive signing in 1995 when he joined for £4.5million and was the first Premier League footballer to fail a drugs test.

After the incident he was banned from the game and spent one month at a rehab programme.

The attacker received a call up to the England squad from then manager Kevin Keegan to play Poland in March 1999, but was ultimately never capped for the senior side.

Armstong finished his career with one trophy, a League Cup winners medal won with Tottenham in 1999.

In other Tottenham news, Gary Lineker claimed on Twitter that it was always going to be a matter of time before Harry Kane returned to top form.