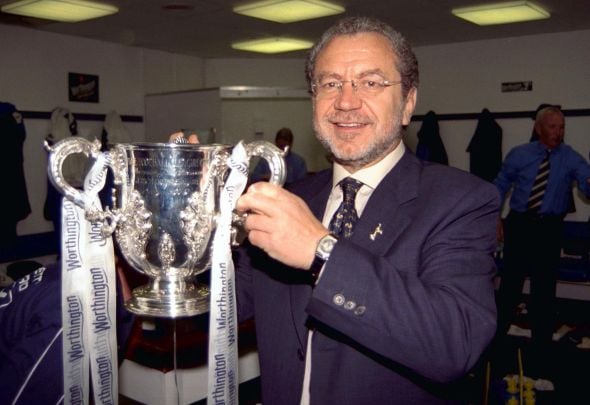 Former Tottenham owner Lord Sugar has jokingly claimed that Jose Mourinho will be managing “in Siberia” in a couple of seasons.

Sugar made the sarcastic claim after Stoke held Mourinho’s Manchester United side to earn a 1-1 draw, with Joe Allen scoring a late equaliser for Mark Hughes’ side at Old Trafford.

Sugar posted the message on his personal Twitter account, claiming that “the special one” should have orchestrated a win for his side.

Man U 1-1 .the special one will be managing in Siberia 2 season's time

United took the lead midway through the second half thanks to a goal from Frenchman Anthony Martial, who curled a superb effort beyond stand-in goalkeeper Lee Grant to break the deadlock.

However, United were unable to hold onto the three points which has left them in sixth place behind Sugar’s old side as Allen rescued a point for the struggling Potters.

Tottenham are in action against United’s rivals Manchester City on Sunday, as they look to secure three points at White Hart Lane to close the gap on Pep Guardiola’s league leaders.

Sugar was involved with the north London club for 16 years after teaming up with Terry Venables to buy the club in 1991.

However, he ended his association with Spurs in 2007 after selling his remaining shares for £25million.

In other Tottenham news, fans have reacted on Twitter after this star was left on the bench to face City.