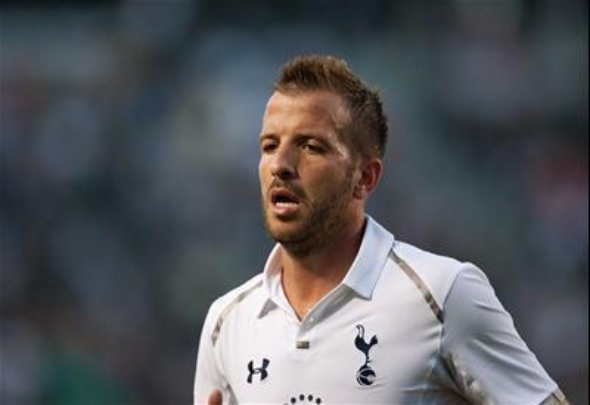 Former Tottenham playmaker Rafael van der Vaart is set to play domestic football in a fifth different country as he closes in on a move to FC Midtjylland, according to a report.

The 109-time capped Netherlands international has starred across the European major leagues, which include the Eredivisie, Bundesliga, La Liga and Premier League.

The Daily Mail reported on Wednesday that van der Vaart will now move to Denmark, where he will be closer to his girlfriend Estavana Polman, who plays professional handball for Danish champions Esbjerg.

It is said that he has agreed a two-year contract with FC Midtjylland, who famously beat Manchester United in a Europa League clash last season.

The experienced attacker also captained his national side on several occasions, but he hasn’t made an appearance for the Netherlands since 2013, after withdrawing from Louis Van Gaal’s provisional squad before the 2014 World Cup due to injury.

The Dutch star joined Tottenham in 2010 in an £8million move from Real Madrid and starred in 77 encounters scoring 28 goals during his two-year stay at the club.

He later rejoined Hamburg for £10million, despite being a Tottenham fan favourite, while Andre Villas-Boas was manager of the north London club.

The 33-year-old is currently playing for La Liga side Real Betis, but had a largely disappointing season making just seven league appearances, five of which were from the bench. He still has a year left on his contract with Betis but is expected to leave.

In other Tottenham transfer news, manager Mauricio Pochettino has been offered this former Real Madrid and Chelsea star.