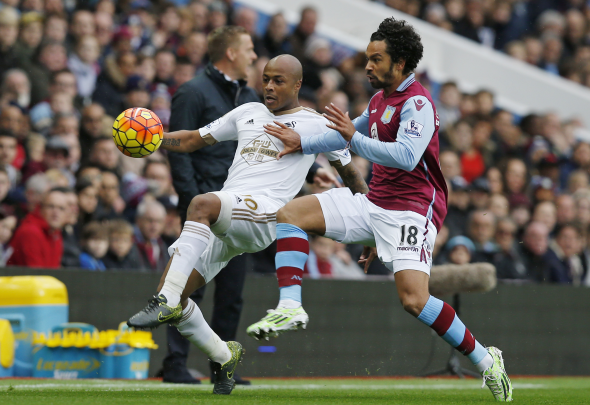 Birmingham City are keen on signing Kieran Richardson just days after he was released by Aston Villa, according to a report.

The 31-year-old is available on a free transfer after two disappointing years at Villa Park where he was criticised for a number of poor performances.

He was released by the relegated Championship club at the end of last month and could now be set for a controversial move.

According to the Birmingham Mail, the former Manchester United left-winger is interesting West Midlands rivals Birmingham, who need depth on the left-side of the pitch.

Richardson is perhaps best known at club level for being part of the West Brom side that miraculously survived relegation on the last day of the 2004-05 season.

He is able to play on the left-side of the defence or midfield, as well as being able to ply his trade in central midfield on occasion and is deemed as a perfect fit for the Blues who need depth.

The former West Ham trainee made just seven Premier League appearances this season in a hugely disappointing Villa side that were relegated by April.

It’s a long way away from Richardson making his England debut during a tour of America. The set-piece specialist scored a brace to give England a 2-1 victory against USA, with his first being an immaculate curling effort into the top corner of Kasey Keller’s net.

In other Villa news, American keeper Brad Guzan has been linked with these Premier League newboys.