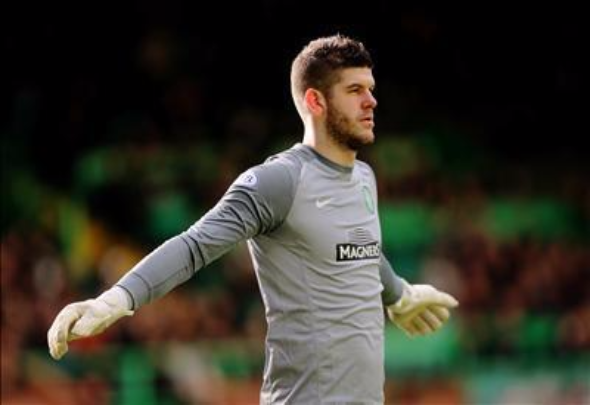 Celtic are set to host Euro giants Barcelona at Celtic Park on Wednesday evening and there have been a number of memorable clashes over the years.

The two country giants have met each other in Europe a number of times in recent times.

Their last meeting earlier in the campaign saw Barcelona run out emphatic 7-0 winners, but Celtic have also enjoyed some success in this fixture.

Goalkeeper Fraser Forster will forever be remembered by fans for making a number of high quality saves during Celtic’s 2-1 defeat against Barcelona at the Nou Camp.

However, he maintained that level of performance a month later against the Catalan side at Celtic Park and this time he helped to ensure his side all three points in the Champions League group stages.

Barcelona had 25 shots during the match with 14 on target and superstar Lionel Messi could only find his way past the goalkeeper in second half stoppage time.

Goals from Victor Wanyama and Tony Watt ensured the Hoops the victory and it allowed Celtic to finish second in their group, something they have struggled to replicate since.

Not many teams go to the Nou Camp and leave with anything to show for their efforts, but Celtic managed to in 2004.

The Barcelona side contained a squad of world class footballers in Samuel Eto’o, Ronaldinho, Deco and Carles Puyol.

However, the Hoops battled bravely and after Eto’o put the Spanish side in front former star forward John Hartson ended the scoring with a prodded effort on the stroke of half time.

Although Celtic needed a win to progress past the Champions League group stages they will have not been disappointed with the result.

A game which ultimately ensured that Celtic would progress in the 2003-04 Uefa Cup campaign, knocking Barcelona out in the fourth round.

The Spanish giants were unable to claw back the one goal deficit on their own turf and the Hoops progressed through to the next round of the tournament with a 1-0 aggregate victory.

The winning goal came form club stalwart Alan Thompson, who smashed a close range effort past Victor Valdes late into the second half.

Although, Celtic were unable to reproduce their previous season’s success of making the UEFA Cup Final as they lost 3-1 on aggregate to Spanish side Villarreal in the next round.

In other Celtic news, this Hoops player is training with a new side.