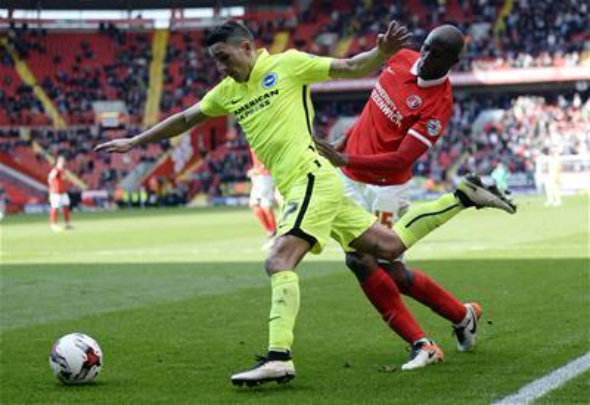 Al-Arabi SC defender Rod Fanni has turned down a move to Rangers in favour of rejoining Marseille, according to a report.

French football news outlet Get French Football has claimed that the 34-year-old right-back has arrived in Marseille to undergo a medical on Tuesday.

It is claimed that the experienced defender rejected multiple sides this summer, including Rangers, multiple Middle Eastern outfits and Metz.

Fanni played for Marseille before between 2010 and 2015 making 148 appearances for the Ligue 1 club during his five-year stay.

The versatile defender recently had a loan spell in the UK, as the five-time capped France international spent the second half of last season with Charlton.

The powerful defender made 14 appearances for the Addicks, but following their relegation to League One a permanent move failed to materialise.

They have made 11 transfers in total this window, which also includes a right-back in Lee Hodson, who moved from English side MK Dons in a £250,000 deal.

The Scotland giants have returned to the Scottish Premiership in fine form, starting the new campaign unbeaten in their first four fixtures.

They sit one point behind fierce rivals Celtic in the table, as the two Glasgow clubs look to revive their battle at the top of Scotland’s football pyramid.

In other Rangers transfer news, Rotherham have joined the race to sign Toumani Diagouraga from Leeds.