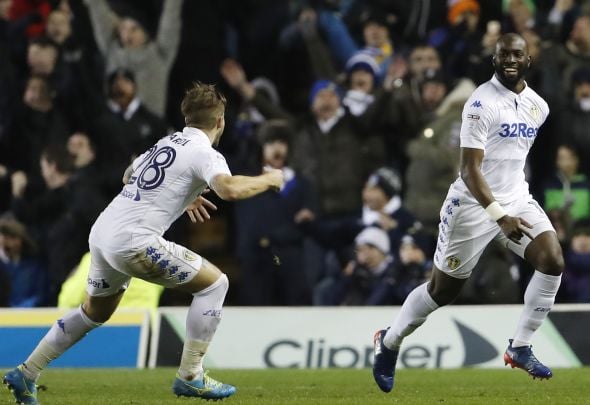 Souleymane Doukara has revealed that he is “very happy” at Leeds despite uncertainty over his future.

The 25-year-old is only contracted to remain with the Yorkshire giants until the end of the season, with no reported plans of an extension on the horizon.

Speaking to Sky Sports, Doukara revealed that he is content at Elland Road after joining the club in co-owner Massimo Cellino’s first season in charge, and spoke of the future.

“I’ve been here for two-and-a-half years and I’m very happy here,” Doukara said. “It’s the dream of everybody [to play in the Premier League], but we need to keep working hard.

“We still have 13 games left and we’ll try to keep going, we have some tough games coming up and we need to stay focused.”

The versatile attacker is currently Leeds’ second highest goalscorer this season with five strikes, but is a long way behind New Zealand international Chris Wood who has struck 22 times.

As well as providing three assists for his teammates, Doukara is yet to earn a new contract and could be offloaded in the summer by manager Garry Monk if he fails to earn a new deal.

Doukara is likely to feature against rivals Sheffield Wednesday on Saturday, with three points enough to take Monk’s side into fourth place and three points behind Huddersfield.

However, Leeds will be hoping Reading will drop points against Chris Hughton’s Brighton in Saturday’s tea-time kick-off at the Amex Stadium.

In other Leeds news, this key player has been ruled out from playing against Sheffield Wednesday.