Garry Monk will be sacked as Leeds manager if they fail to bear Blackburn on Tuesday night, according to a report.

Italian publication Isola 24 Sport claim that owner Massimo Cellino is preparing to axe Monk if the Championship club do not overcome the bottom team in the division.

It is said that the showdown at Elland Road between the two relegation-placed outfits is “win-at-all-costs” for the former Swansea boss.

Given that Isola are based in ex-Cagliari owner Cellino’s native Sardinia, the report carries added weight amid growing speculation that Monk is drinking in the last-chance saloon.

Intriguingly, the Italian publication report that the 37-year-old was likely to have been axed at the weekend had the club not had another league match just three days later.

Leeds’ 1-0 defeat to Huddersfield on Saturday was their fourth from six league matches this season and has left them languishing third from bottom and in the relegation zone.

Monk, who succeeded previous boss Steve Evans in the summer, was tetchy in the aftermath of the west Yorkshire derby when he was asked about what owner Cellino thought of his spell in charge to date amid growing speculation about his future.

Monk is under fire at Elland Road after taking just four points from his opening six league matches in charge given Cellino’s history of firing the men in the dugout.

Leeds face bottom club Blackburn on Tuesday at Elland Road and they will see it as a good opportunity to ignite their season.

In other Leeds news, Monk has dropped a hint about his future transfer activity in the free agent market. 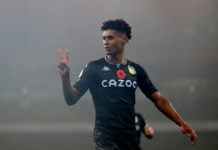