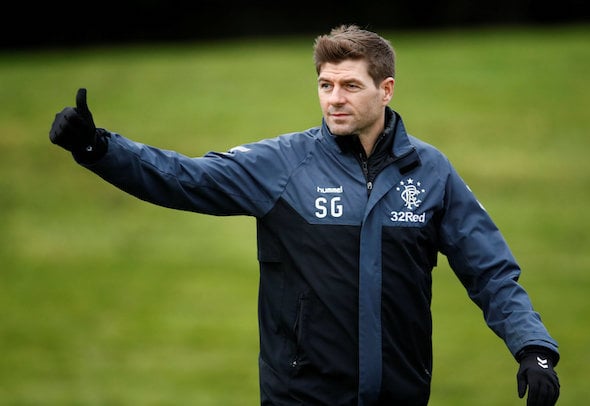 Alan Hutton has been left raving after promising midfielder Ciaran Dickson made his Rangers debut against Falkirk last weekend.

Speaking exclusively to Football Insider assistant editor Russell Edge, the former Gers and Scotland full-back revealed he had heard great things about the teenager in training and that he was delighted to see him get some game time under Steven Gerrard.

As quoted by the Scotsman after Sunday’s 4-0 win, Gerrard heralded the 18-year-old’s “terrific” performance and insisted he was the “type who will never let me down”.

Dickson came off the bench to play 35 minutes against the Scottish League One side, having been left as an unused substitute for both Europa League games versus Benfica.

Hutton admitted the youngster must be buzzing with his manager’s comments and revealed there is real excitement building at Ibrox over his potential.

Hutton told Football Insider: “His confidence must be through the roof. I mean, from what I’m hearing, he’s trained with the first-team for the last five, six weeks and he’s really impressed.

“It’s not been a case of just making the numbers up, he’s actually contributing and making things happen and for someone like Steven Gerrard to say that about you at 18-years-of-age, that’s probably one of the biggest confidence boosts you’ll get, ever. 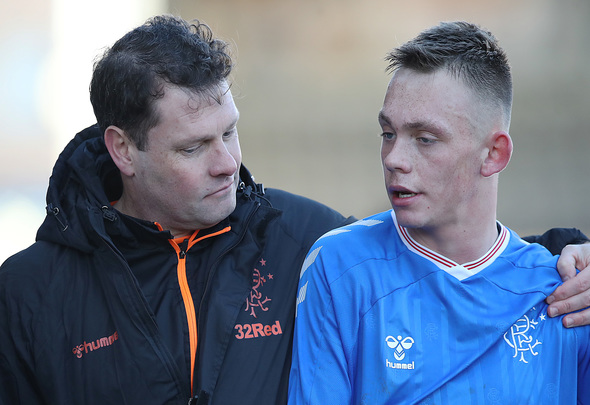 “It’s really good to cap that off with minutes on the pitch and to perform when you come on. I thought he made a couple of intelligent passes as soon as it came on so a right good week for the youngster.”

A Scotland under-19 international, Dickson has featured regularly for Rangers’ under-19s and reserve sides this season.

In other Rangers news, Football Insider can reveal the Gers have set sights on signing son of Premier League legend.