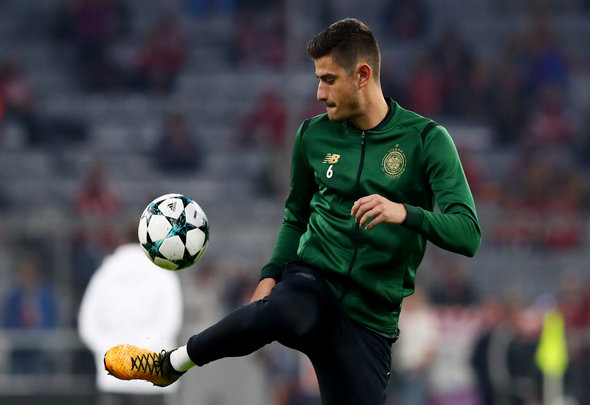 Nir Bitton’s future at Celtic seems to be a bit uncertain, as the Israeli international recovers from a serious knee injury.

The utility man has been out of action since February, and only made 23 appearances for the Hoops last season.

Ironically his biggest strength could also be his biggest failings in the eyes of both the support and Brendan Rodgers.

He has the ability to play in more than one position, but is most settled in midfield, but that hasn’t stopped the Hoops boss from playing the 26-year-old in the centre of defence at times.

Unfortunately most of those times have come in the middle of defensive crisis in Europe, which have seen Bitton get shifted into a role he isn’t that comfortable with, and he has often been the scapegoat after heavy defeats.

When he gets fit he will face another problem, which is that the midfield is the strongest area of the Hoops side, and it could arguably get even stronger should the Bhoys make a move for Hibernian’s John McGinn.

With two years left on his contract, the Hoops will soon have to decide if they should give Bitton a new deal, or look to move the player on.

As his chances of playing each week seem to look more remote as the Hoops midfield gets better and better, perhaps it is time for Bitton to move on and find a team he could be a mainstay of.

In other Celtic news, Brendan Rodgers has revealed what made the Hoops’ recent success so special to him#