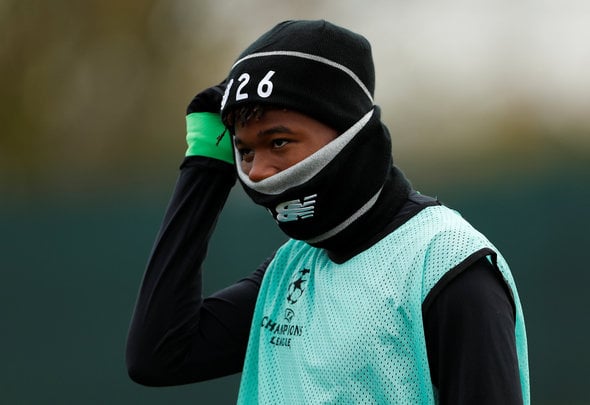 Celtic midfielder Kundai Benyu looks to be at a crossroads in his career already, and he is only 20-years-old.

The Hoops summer signing from Ipswich moved to Oldham on loan in January in a bid to get the player some game time. The move hasn’t worked out for the Zimbabwean though, as he has made only two appearances for the Latics, and hasn’t featured in recent squads.

The Oldham boss Richie Wellens believes, as reported by the Manchester Evening News, that the player has a bright future ahead of him, but that doesn’t seem likely to be at Oldham or indeed at Celtic.

The player is slightly unfortunate in that he plays in the one position that the Hoops have so many players in – central midfield.

This means that the youngster is battling it out with the likes of Scott Brown, Olivier Ntcham, Eboue Kouassi, Callum McGregor and Stuart Armstrong for game time, and with the greatest will in the world, they are all far better players than Benyu.

He did make four appearances for the Bhoys at the start of the season, but since then he fell out of the picture completely, and it was agreed with Brendan Rodgers that a loan move was in the best interest for the player.

However, as the move to Oldham has turned sour, the player will be back in Glasgow in the summer with plenty to think about, and he and Rodgers will need to work out what his next step is.

Perhaps another loan move to another Scottish Premiership team would work, but at the moment Benyu’s career is going nowhere.

In other Celtic news, the Hoops have begun new contract talks with Kristoffer Ajer