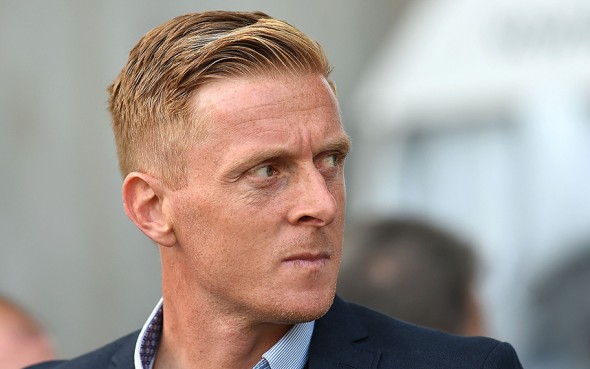 Ex-Swansea manager Garry Monk is interested in becoming the new Leeds boss, according to his agent.

Sky Sports reported on Wednesday morning that Leeds are in talks with Monk about their vacant manager position.

Monk has been out of work since being sacked by Swansea last December, while Leeds axed Evans on Tuesday night.

The club released a statement to confirm that the 53-year-old had become the sixth manager axed by Massimo Cellino in his two-year reign as owner.

Monk was immediately installed the strong odds-on favourite to be the new Leeds manager.

“I haven’t spoken to Garry so it’s only my opinion but Leeds is a big club and when you are out of work you wouldn’t say no to a club like Leeds,” agent Glenn Corcoran said, as quoted by the South Wales Evening Post. “I’m guessing but my guess would be that he would be interested in talking to them if they were interested in him.”

Former centre-back Monk was appointed manager of Swansea in February 2014 following the sacking of Michael Laudrup.

Monk guided the club to top-flight survival, followed by an eighth-placed finish the following season with a record points tally. However, he was sacked following a poor run of results that left the club facing a relegation battle.

Evans has been given his marching orders even though Cellino admitted that the Scot had achieved the target he had been set when he was appointed last October of keeping the club in the Championship.

“I would like to thank Steve Evans for his efforts as the head coach of Leeds United,” Cellino said in a statement on the official Leeds website. “Steve completed the job he was brought in to carry out – to keep the team in the Championship – and his hard work here has been greatly appreciated. I wish him and [assistant] Paul Raynor the very best for the future.”

Leeds eventually finished 13th in the Championship, prompting Evans to declare his confidence in steering the club to a play-off spot next season.

However Cellino and his fellow board members want a different type of manager to the experienced Scot, who has steered Rotherham and Crawley to promotion during his career.

Leeds, who have been publicly snubbed by MK Dons manager Karl Robinson and Bristol Rovers boss Darrell Clarke in the last week, also revealed that “the process to appoint a new head coach is underway and a further announcement will be made in due course”.