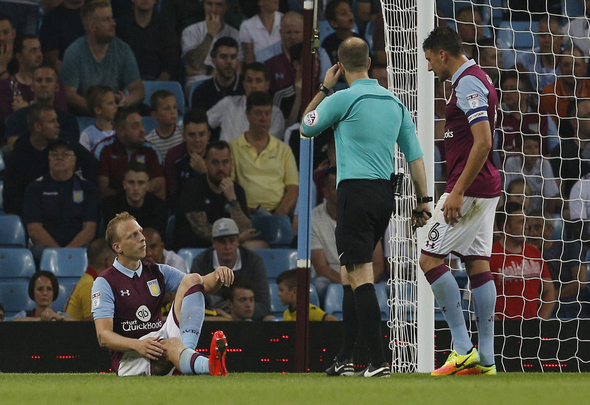 Gary Gardner has wished Ritchie De Laet a speedy recovery after the Aston Villa defender revealed he is set to miss the rest of the season through injury.

Midfielder Gardner took to his personal Twitter account on Friday afternoon to tell De Laet that everyone at the club is behind him following his devastating news.

De Laet informed supporters via his personal Twitter account that he is set to miss the season after damaging ligaments in his knee.

His teammate then assured him that he will come back stronger, despite having to miss Villa’s push for promotion this season.

De Laet signed from Premier League champions Leicester City during the summer transfer window on a three-year deal and made three appearances for his new side this term.

With the Belgian set to miss the season it now means either Leandro Bacuna, Micah Richards, Alan Hutton or James Chester will fill the void at right-back.