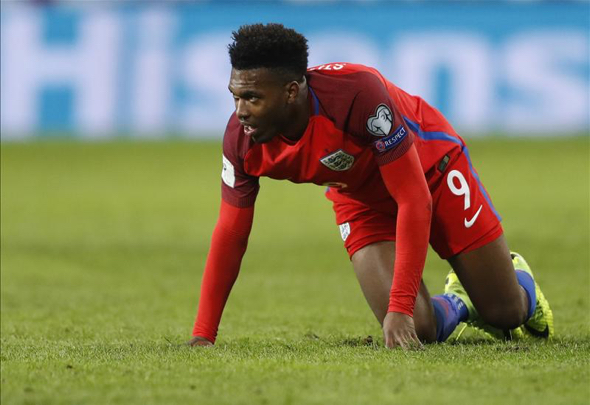 The Reds striker managed to head home a Kyle Walker cross as the Three Lions ran out 3-0 victors over their international rivals at Wembley.

Team-mate Adam Lallana also got on the score sheet, while Gary Cahill rounded up the scoring with a header from a corner.

Former England striker and now Match of the Day host Lineker commented on his personal Twitter account as Sturridge put the ball away.

Sturridge, 27, has made just 10 appearances for Jurgen Klopp’s side this season scoring four goals.

The German manager has favoured Roberto Firmino as his striker over the Englishman this campaign and the decision has currently been successful with the Reds top of the league.

Incidentally with Sturridge’s lack of playing time has not as of yet suffered an injury which has seen him miss several months as he has done in the past.

However, his conversion rate for the Merseysiders has never been in question with an impressive 57 goals coming from 102 appearances following his move from Chelsea in 2013.

In other Liverpool news,  fans reacted on Twitter to Adam Lallana’s display against Scotland.