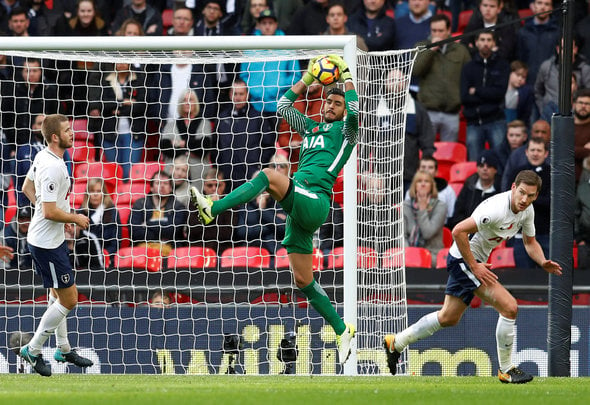 Tottenham goalkeeper Paulo Gazzaniga has said he was nervous for just “three seconds” during his debut for the club in the win over Crystal Palace on Sunday.

The Argentinian goalkeeper, a summer signing from fellow Premier League side Southampton, was making his first competitive appearance for the north London side after having to settle in as the club’s third choice goalkeeper.

However injuries to both Hugo Lloris and Michel Vorm meant that the 25-year-old was able to add an actual outing to two appearances on the substitutes’ bench in the League Cup, as he impressed against the Eagles.

He pulled off no less than three critical saves to deny Roy Hodgson’s side and, coupled with Heung-min Son’s match winning strike at the other end, helped secure three points for Mauricio Pochettino and his men.

However he surprisingly revealed that he was not nervous in his first start, and stated that he would not be looking to usurp either Lloris or Vorm for a place in the first team any time soon.

Having been awarded the man of the match award by BT Sports after the game, with the interview available on their website, he said: “Every time you play for a club for the first time, it’s very important, very emotional.

“I was nervous just in the beginning, for the first three seconds, but you get the atmosphere and all the team mates help you.

“(On becoming number one at Spurs) I’ll keep calm, step by step, little by little.

He may not get to keep his place in the starting XI in two weeks time, with Hugo Lloris and Michel Vorm having the international break to try and recover from their respective injuries.

In other Tottenham news, Pochettino has delivered a worrying update on the fitness of one of their star men.