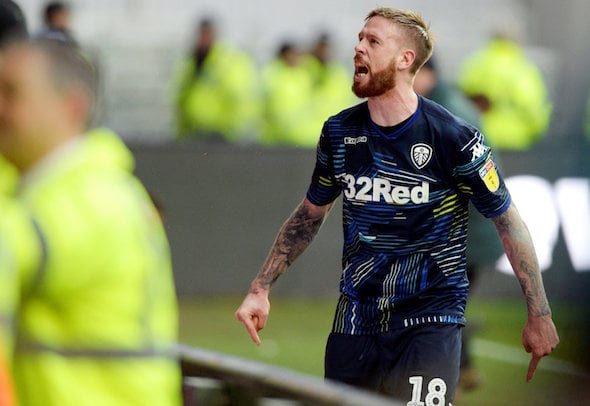 Noel Whelan has launched another scathing attack on Pontus Jansson as he urged Leeds United to bin him this summer for £10million.

Speaking exclusively to Football Insider, the ex-United striker, who is a lifelong fan and watches every match as a pundit, claimed the Sweden international is “selfish” and “plays for himself”.

Jansson was described last week as Leeds’ best player this season by Marcelo Bielsa but Whelan believes it is far more important that the club hang on to homegrown duo Kalvin Phillips and Jack Clarke during what could be a turbulent few weeks ahead.

Whelan, who was initially critical of the Swede to Football Insider last week, believes Premier League clubs will be eyeing the centre-back, 28, and this window represents the ideal opportunity to cash in on him.

“Get good money for him and get rid, Jansson is selfish and not as good as he thinks,” Whelan said. “There have been too many mistakes made by Pontus Jansson, too many times he has gone missing. “He is not a talker out there, he is not a leader. Too many games I’ve seen him walk off in a huff. When you walk off and sit outside on your own after the match, that shows it’s all about you and for show.

“If you want to mope, do it at home in your own living room and not where you can be seen and people can judge you.”

Jansson joined Leeds for £3million in 2017 after a successful year on loan and has made 120 appearances across the three seasons he has spent at the club.

“I think they value him at £10million and there will be probably be a few interested clubs at that price, including in the Premier League,” Whelan added to Football Insider. “Some people were angry when I criticised Jansson last week, but it’s my opinion based on what I’ve seen, and I’ve seen all his matches.”